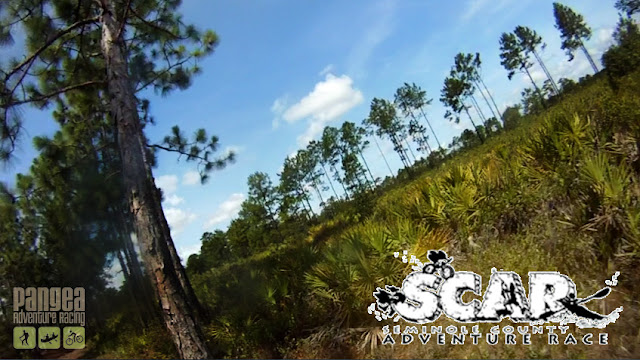 We raced the 6hr so fast and flawlessly, we cleared the course and found 22 control points in 4hrs 6min!  A new record for Canyoneros--our best performance ever. 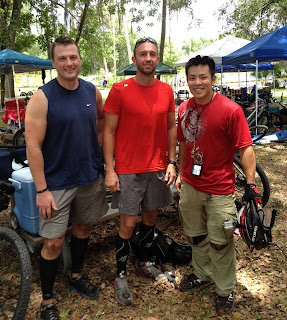 A new race format was introduced on this event.  There were 27 CPs plotted, but we only had to find 22.  We spent the morning measuring, thinking, and figuring out which points were the worst bang for the buck and dropped them.  We also built in some cushion CPs just in case we could not locate some of the later ones.  It made sense for us, because up until this race, we had never found every point in a single event yet. 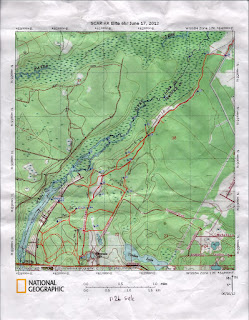 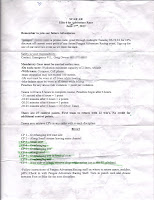 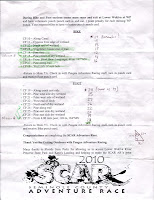 Canoeing
The race started with the water portion.  We headed straight for CP8, knowing the majority would start with CP9 and bottleneck the punchcards.

teams lining up for the start 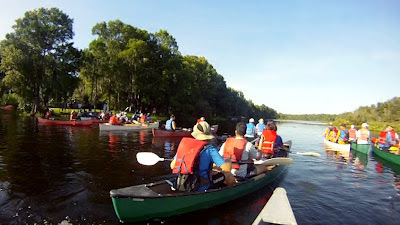 Paddling, swimming, pushing, and even surfing, in all different directions, we adventure racers do what we must when time is ticking.  Once we broke away from the pack, we gave chase to the leading teams. 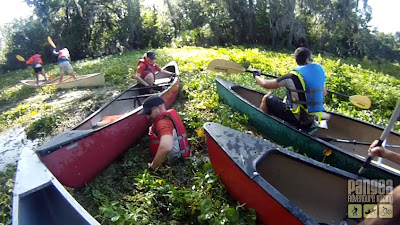 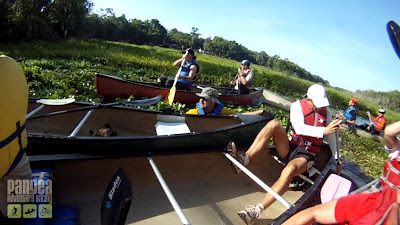 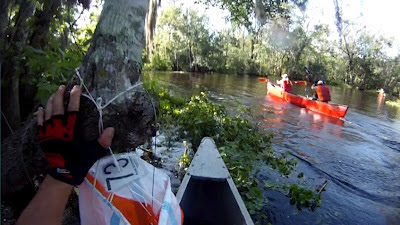 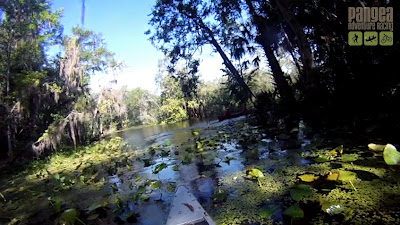 Our one canoe was powered by three athletes, a first for us.  The removable seat sat low...very low.  Brian squatted in, took one for the team, and paddled from the middle.  It was not comfortable at first, and it never got better.  In fact, his ass went numb within 20 minutes.  Brian is always willing to endure whatever it takes for the glory of the team. 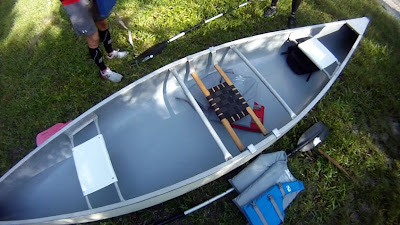 As we approached the furthest CPs, we met less and less teams.  Were we going that fast?  We also met a team who capsized in the river.  Without a foothold at the bottom of the river, you cannot flip this hefty vessel over when it's filled with water until you swim to the side to dump it out. 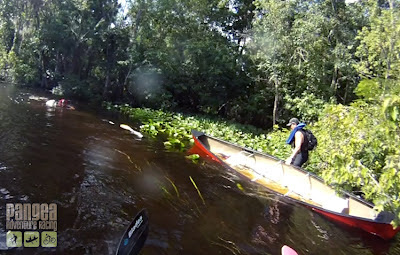 Biking
Once at the TA, we transitioned into bikes and made quick work of CP 17, 18, 15, 13, 12, 14, and 16 (in that order, a rather counter-clockwise sweep).  Only 2hrs into the race and we were already starting to experience leg cramps.  That's what the heat can do to you.  We reacted by loading up on electrolytes, food, and water.

most trails in this park looked the same anywhere you went 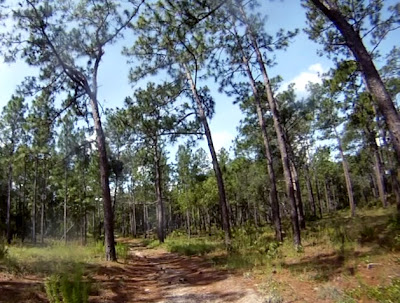 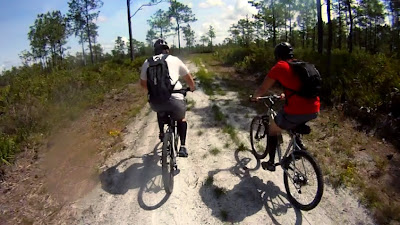 CP 12 had no visible attack points, except for a large depression that could have been extremely subtle in real life or worse, overgrown with vegetation as to not be distinctive at all, so I precisely measured that distance from the last Y-intersection five times during the morning strategy session.  I wanted to make sure that I was extraordinarily accurate on this one.  Sure enough, once my pedometer hit 1.6km on our way there, Nate bolted into the forest and immediately found it.  Bullseye! 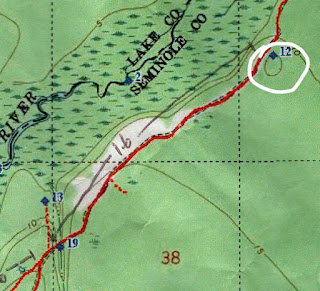 We opted not to get CP 11 and 10 on bike, and as luck would have it, we heard of horrible reports of people attempting for them.

Running
Two minutes was all it took for us to transition out of the Main TA from biking to running.  On this section, all of us were experiencing some form of leg cramp.  We were pushing ourselves.  It was tough to swallow down a food bar while your heart rate hovered around 80% max, so we drank and drank. 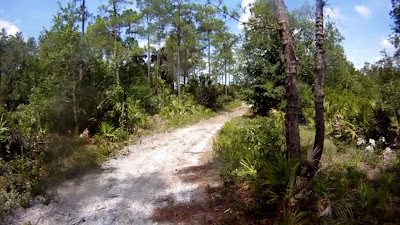 At CP20, I had the guys recount and confirm that we only had two more CPs to find.  I did the same with my race notes.  It was at that pivotal location that CP19 provided our cushion (in case we could not find any previous CPs).  Nate and Brian confirmed that we were good to go, so we started our return route towards CP21. 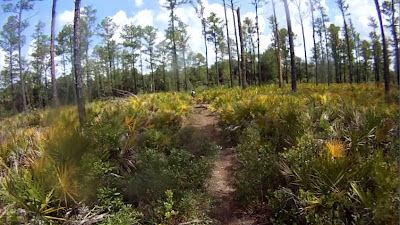 Thus far, we had taken the route of CP 24, 25, 27, 26, 22, and 20, and had just CP 21 and 23 left--another counter-clockwise sweep.  All were easy to us, except our final CP23.  It was so overgrown there with a studdering trail that vaguely matched the faintly mapped trail.  We attacked, re-attacked, and kept attacking until Brian found it.  Despite being our most difficult CP to find, it only took ten minutes.

Conclusion
It felt so great to punch the last CP.  I hollered for a time check and was met with, "we are only 3hrs 50min into the race."  Astounding!  I estimated we had about 1-1½ kilometers to jog left.  We imagined the finish line and gave it all we had, and then increased the intensity even more when the end was in sight.  Checking in at the Main TA, it felt so surreal, yet so exciting to have finished the race with 2hrs left.  We finally had what it took to rank near the top level teams--no flukes!