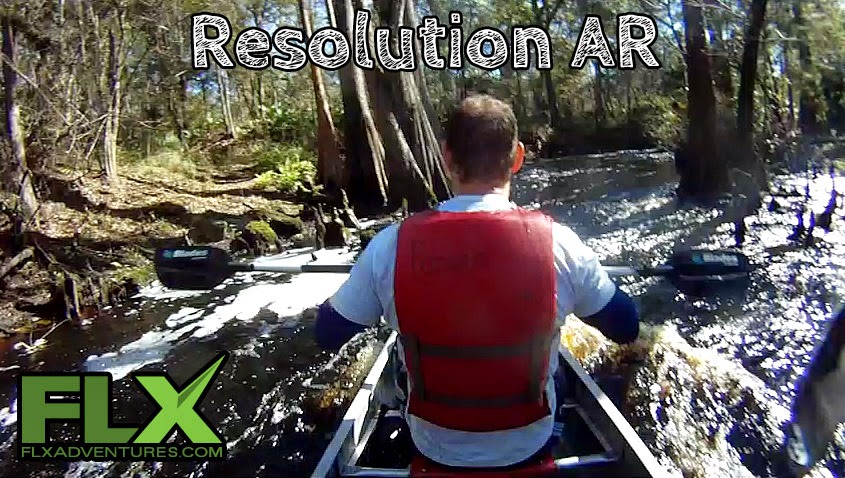 The original members of the Canyoneros decided to go back out to the same venue that hosted our very first adventure race ever, with race organizer WeCeFar at the 8hr Croom Crusher (of 2010?).  To this day, we still spread legendary stories of amoeba and mosquito attacks, old fairies escorting us through the race, the throwing up of gallons, and Paul Bunyan pumping up a crowd of patriotic folks at their locally famous Margarita Grill (now burned down).  We would not adventure race again for an entire year.

Fast forward to 2015, we revisited the Croom again and saw many familiar areas. It was great to see how far we had progressed. 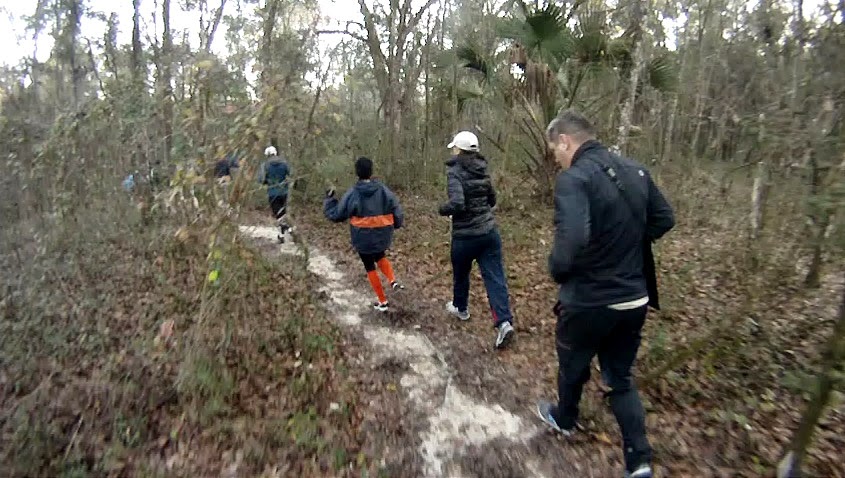 Here was highlight of the first running portion, a control in a deep quarry. 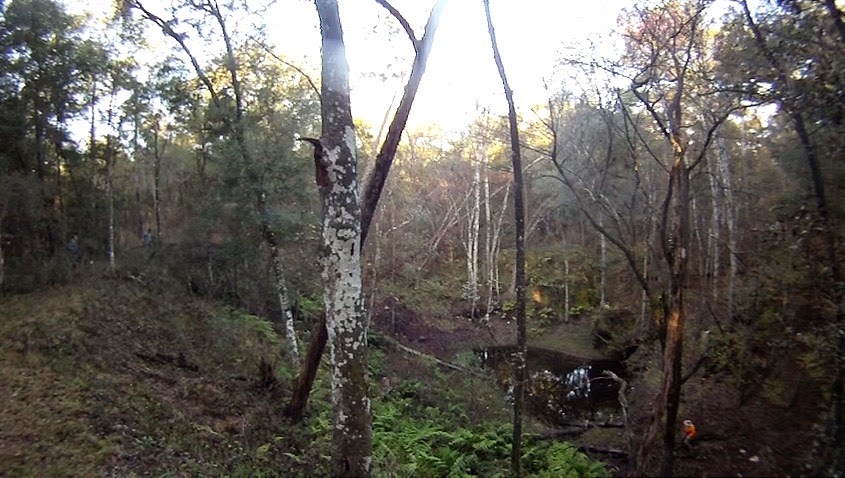 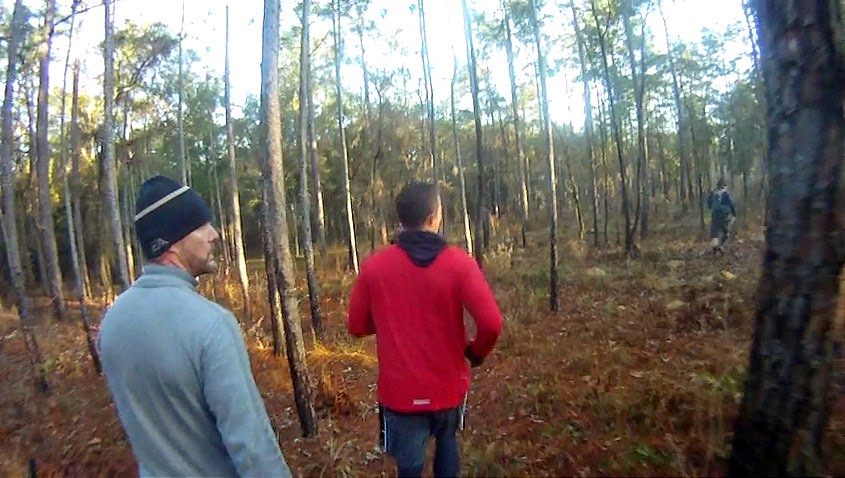 Orienteering was our 2nd leg and what I like to call my bread and butter.  CP27 gave me some trouble since the paths were very subtle at times near there, but we finished in 2hrs and a couple minutes.  While trucking through the forest, Russell ran into a 25ft tree and knocked it down.  Greg had eagle eye with the CP spotting. 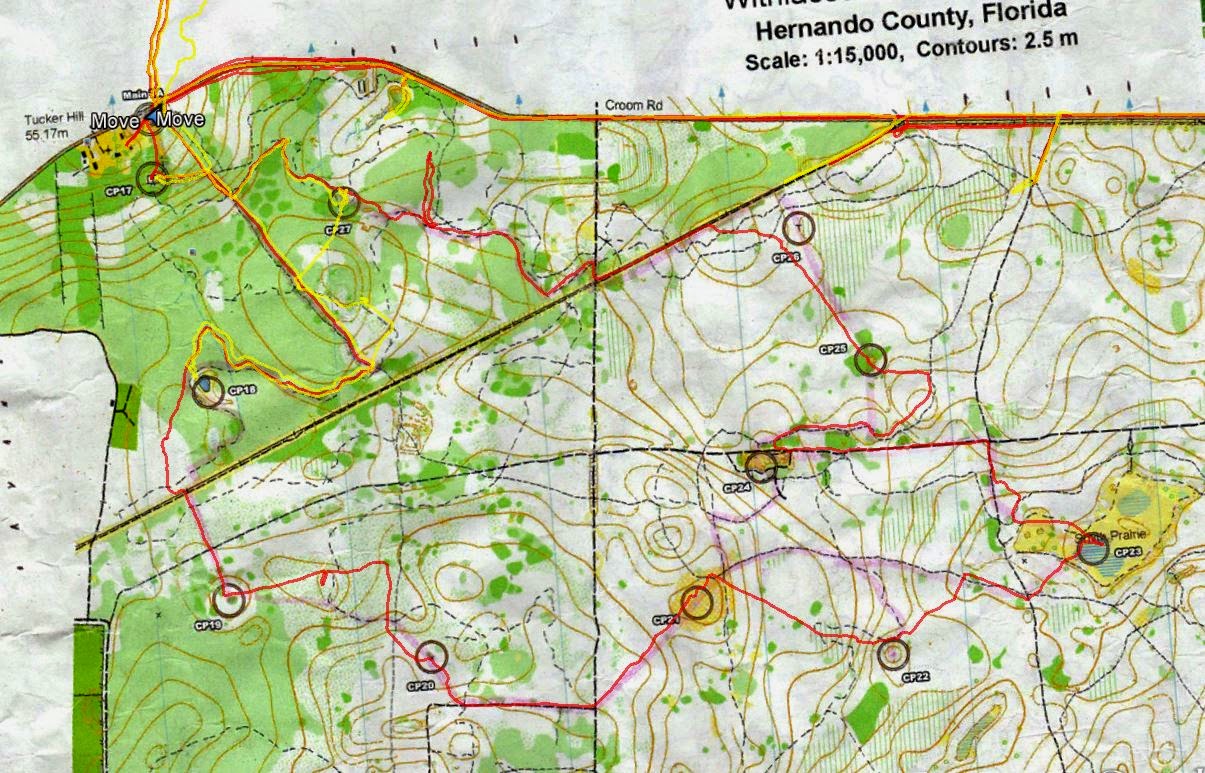 I enjoyed the little games we had in this race.  This particular control did not have a punch, but a sign that told you to shoot another bearing to find the real punch. 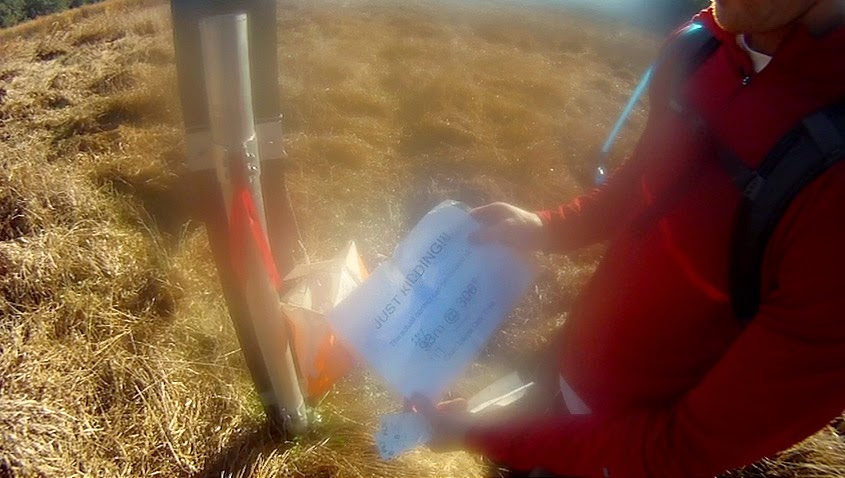 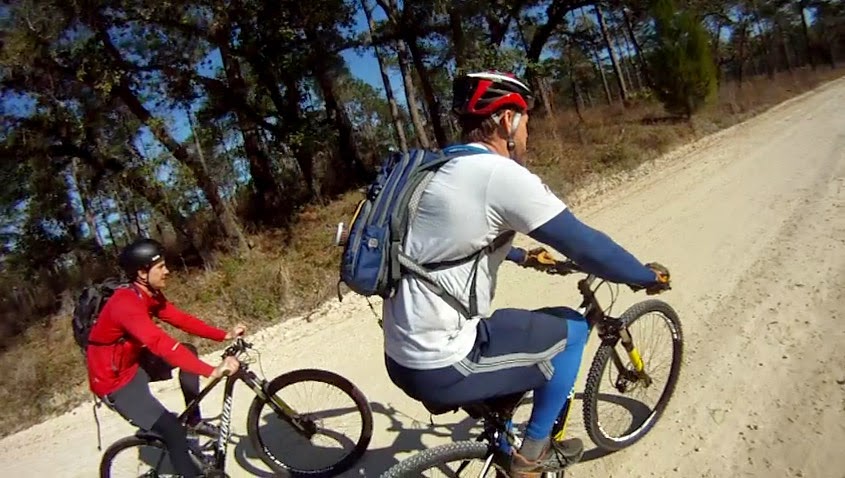 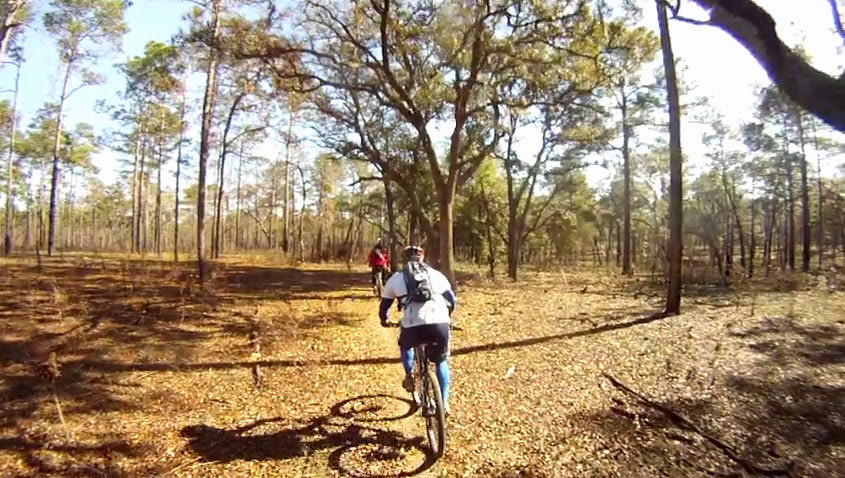 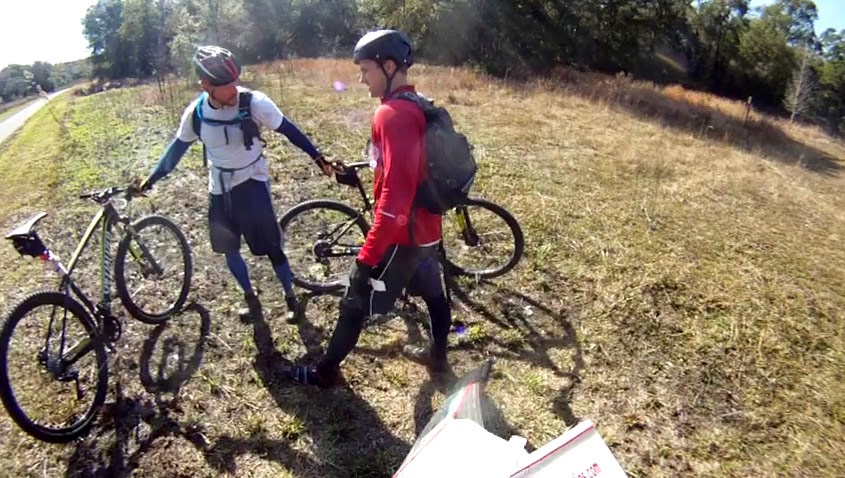 The canoeing was perhaps the most exciting part of our race.  It took a bit for us to get the 3-man technique going.  We got it going really smoothly on the return route.  It was much better than the very first time at the Croom Crusher, where I swear we had the canoe backwards, as we zigzagged to no end.  Along one of the bends, we got our canoe stuck and pivoting on top of an underwater cypress stump, aka "death stump".  Anytime Russell is in your canoe, rest assured, you will capsize, and along with it a backpack will float back down the river.

The water got stronger and stronger as we got near CP32.  We had a couple attempts at trying to paddle up this channel, but it proved too strong for the three of us in a clumsy canoe.

I decided to jump off onto the bank and find the control, which was about 75m away.  While jogging over, I had a suspicion I chose the wrong bank to go on.  Sure enough, I did and had to jump into the cold river to punch the control.

This control was in one of the coolest environments I saw. 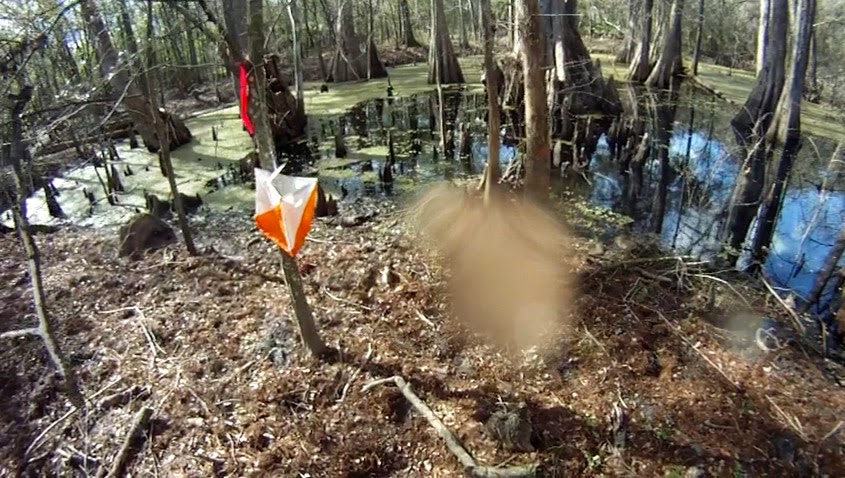 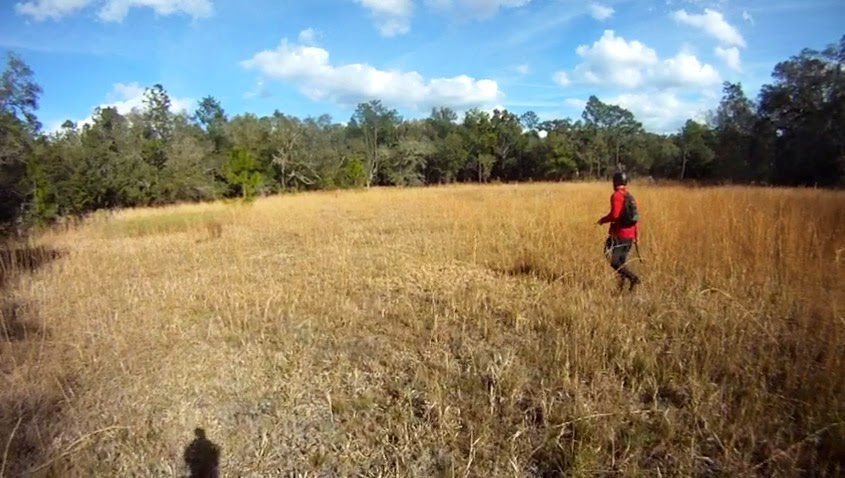 CP14 gave me fits as we kept trying to find a tree in the middle of a many clusters of palmettos near there.  Turns it out it was in an open area of the forest with no palmettos nearby.  For having not ridden a bike in a year, Russell hit the wall during our final bike leg, so Greg roped him up and towed him back.  We finished 8th out of 22 this time around, coming in 19 minutes late.  It was quite fitting, as Greg Watson put it.  In comparison, we had finished 40 minutes late at the Croom Crusher and got DQ'd and last place.  Manny Otero put on a great event that had us revisiting the past. 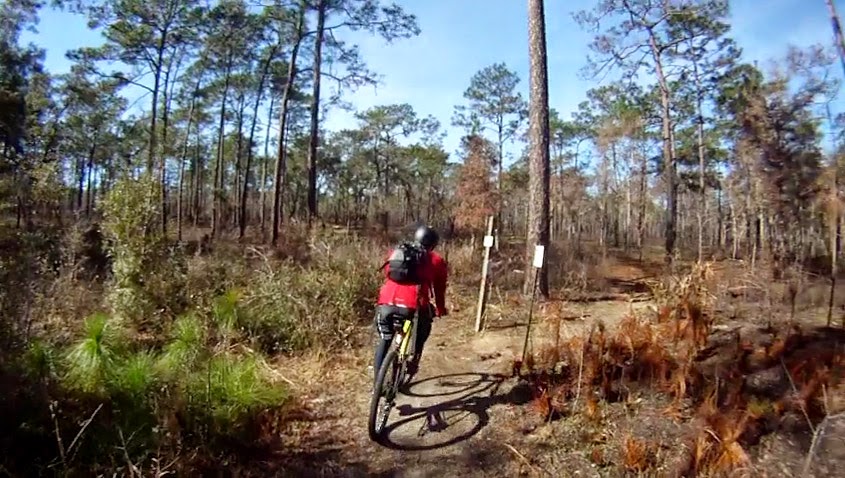 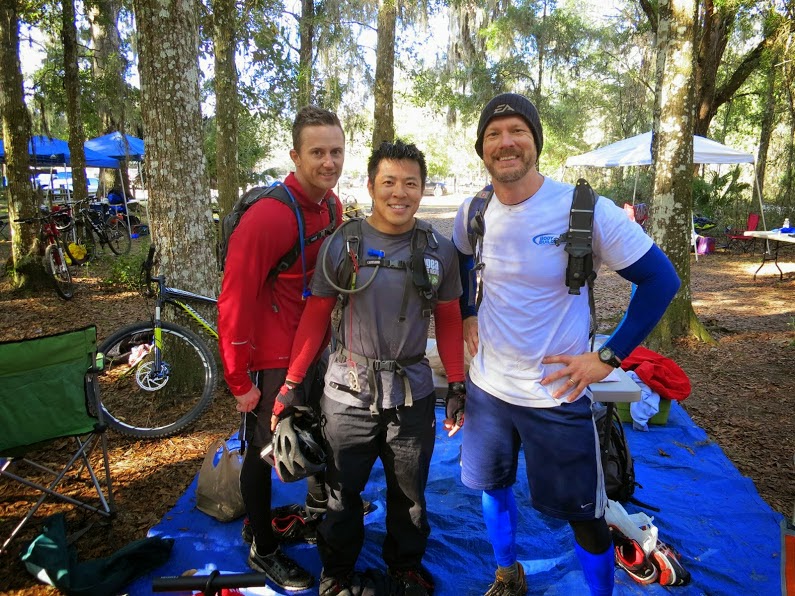