Pangea hosted an 8hr adventure race that started at 10pm and ended at 6am.  No, I did not flip the pm's and am's.  It was entirely overnight. 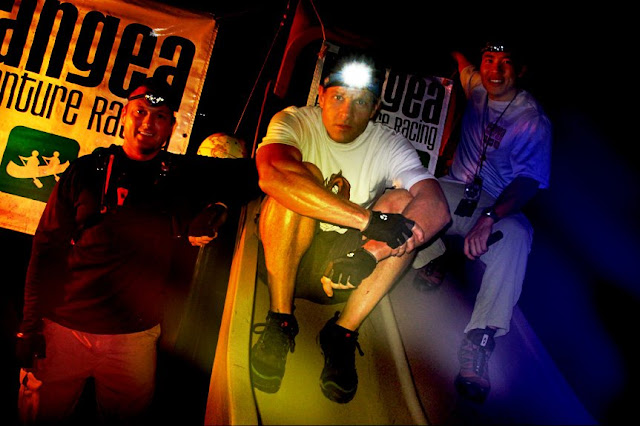 Prologue
Ron Eaglin, the course designer, started our prologue with an "easter egg hunt" for 8 letters that spelled out a word.  These letters were scattered throughout the small park at RiverBreeze Park.  Once you had enough letters to solve the word, you could check back in to the Main TA for one CP.  Canyoneros blasted out of the start, found 4 letters, and solved the puzzle in 7 minutes--faster than every team except one.  With that said, we were giving chase to a nationally-ranked team, AR Militia, in the canoeing portion. 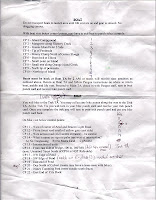 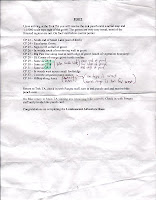 Canoe
I measured every leg of the route we chose ahead of time and it ended up around 15km of total distance.  At a conservative 15minute per km pace (our slower average), it would end up taking us a little over 3.5hrs, and that's not getting lost at all.  One look at the map and you'll see that it's like scattered puzzle pieces on the floor--islands everywhere.  And you had to find the right path to weave in and out of the land forms...and you had to do it at night time.  Everything looked the same from the viewpoint inside the canoe.  Our flashlight often couldn't travel far enough to see key islands.  Yet two CPs in and we were still in second.

Gradually that changed as we got messed up by the nightly navigation.  At one point, I wanted to navigate my team from CP5 to CP6, but ran into CP7, 1½km away...OUT OF PURE LUCK!  Let's just say we were so happy to get off the boats after that :)  We were told we were the 4th team back from the boat leg, which sparked encouragement back in us after that chaos.  This paddling portion contained the most difficult navigation I have ever taken on.

Bike
As a team, we are the strongest on this portion, physically and navigationally (mainly because you can use pedometers to track distance).  We made easy work on the north side consisting of CP16, 12, 13, 14, and 11, before checking in at the Trek TA (transition area).  I think we were one of the first ones through the trails up north off of Volco Rd.  The fallen logs and unkept trails made it a banana-spider jungle! 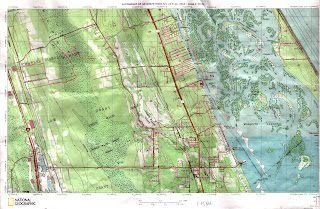 Trek
We took some big chances on routes here, had some great success, and experienced some excrutiating failures.  Here's a funny one...On our way to CP24, we used the fence of the water plant as a handrail.  However, none of us kept track of the bearing, so we did one complete loop to back to the beginning (you can laugh).  Apparently, we didn't catch-on that all we did was take multiple left turns. 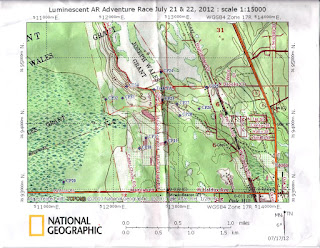 Next up was CP25 and then 26.  We figured from CP26, we could take a bearing straight to the mapped road, about 150m southwest to it.  I'm not sure that trail existed because we bushwhacked through some crazy forestry and shrubbery until we hit some private property.  Needless to say, three unleashed dogs stopped us from going back on the right path to CP28, so we had to jog the long way back to the Trek TA and grab CP28 from the other side. 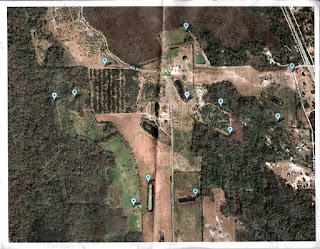 CP23, 27, and then 28 came and went.  We had about 1½hrs left after that so we figured it would be best to find CP19, 18, and 17 next because they would be the same ones for the next bike section, freebies basically.  We found CP19 after two attempts and couldn't find any others, even though we spent a good amount of time trying.  The routes we took on the way back were horrendous, but we finally got our bikes back and headed to the finish, checking in at 7:59:57 with 3 seconds to spare.


Conclusion
We finished the race disappointed but having a great appreciation for night races.  It's like learning to navigate all over again.  The night brings upon so many new elements...mainly being blind to most things until you travel up close to it to confirm.  During the day time, you can confirm miles away, almost.  Learning how to navigate and race in the night is a necessary evil though.  We need this skill to improve in the longer, more adventurous 30hr to multi-day races.  It'll also make it much easier to race during the day.

I apologize for not having any during-race pictures this time.  Unfortunately, the GoPro does not record night footage very well so I did not carry one.