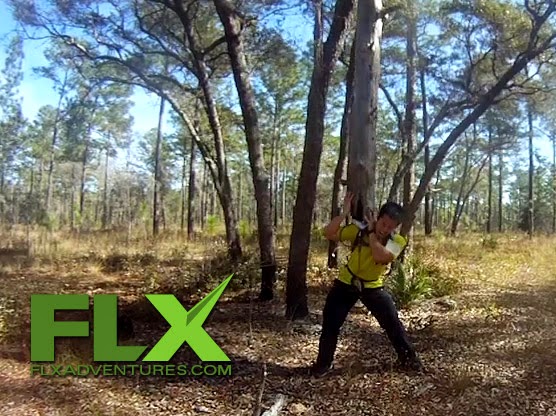 Rogaine is a type of race where there are lots of control points out there and you develop your own route.  But we have never officially done one.  Today was an opportunity to combine our specialty of orienteering and grinding endurance to train for the Sea to Sea AR next month.  Who woulda thought we would run a full marathon out here today--all offroad? 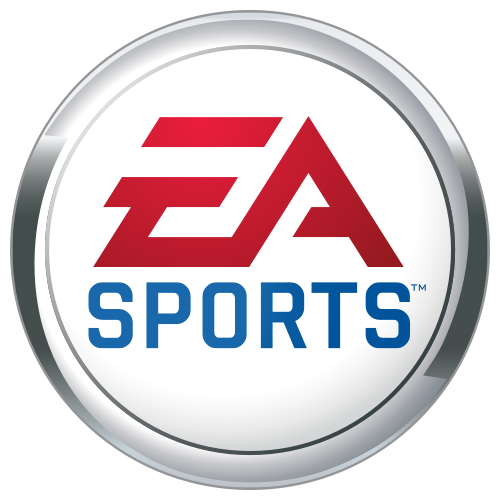 By the way, we signed up under the team name of "Canyoneros - EA Sports".  Over the years of adventure racing, we have become fortunate enough to maintain the health and skills needed to do satisfactorily well in this sport.  Our work place, Electronic Arts (also known as EA, the maker of video games such as Madden NFL, Fifa, Battlefield, the Sims, and more) has been very gracious enough to sponsor us!  We will be also running the Sea to Sea AR to raise funds for the Wounded Warrior Project, while carrying a GPS spot tracker to bring the action to those at home (link to be posted when the time comes).

Onto the race...the race was broken up into two halves.  You would find 15 controls in the first half and 14 controls in the second half.  Nate and I each planned a unique route to compare afterwards.  He's been in full navigation training mode to better help me out when I fall asleep at the Sea to Sea AR next month.  Mine went counter-clockwise and his went clockwise.  They were basically mirror images of each other so we just stuck with mine. 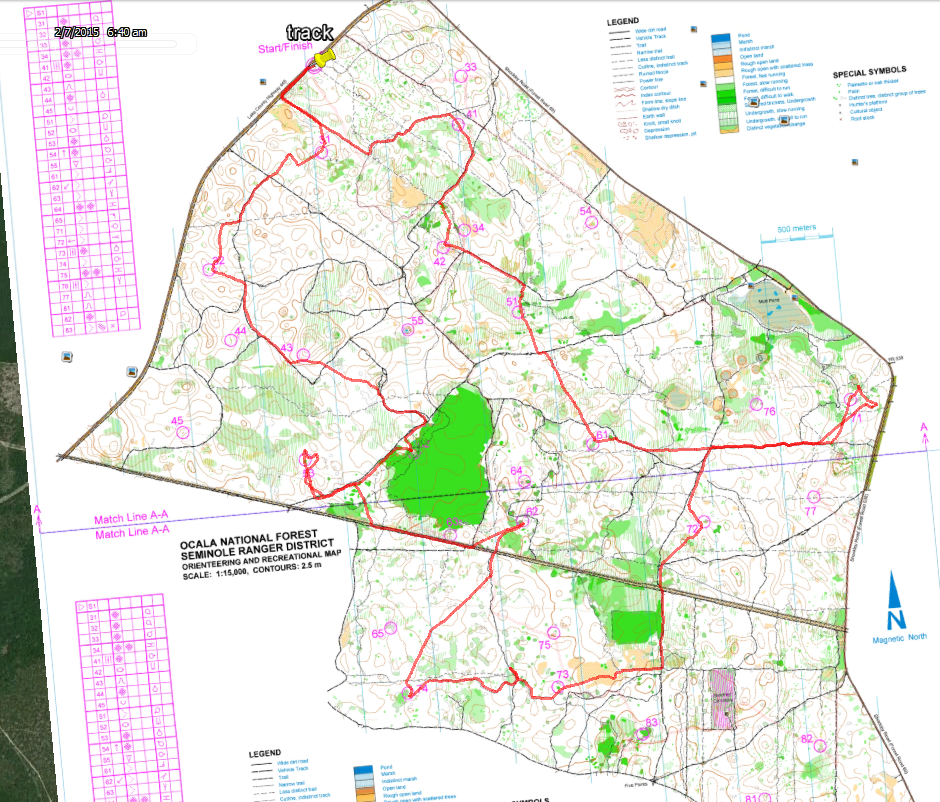 I would say for the most part, everything went fairly smoothly, so I wanna use this blog as a post-analysis on some of the more technical points of the first half of the race.

At control point 32, I admit, we did latch onto some faster teams out there (one of our rules to not do) and got lost.  There were fainter trails out there (point A) that I thought were mapped and did not pace count to confirm it.  Luckily, we backtracked our thinking, realized the lower elevation (point B below) to re-calibrate our bearings, and found the control with the help of other teams nearby. 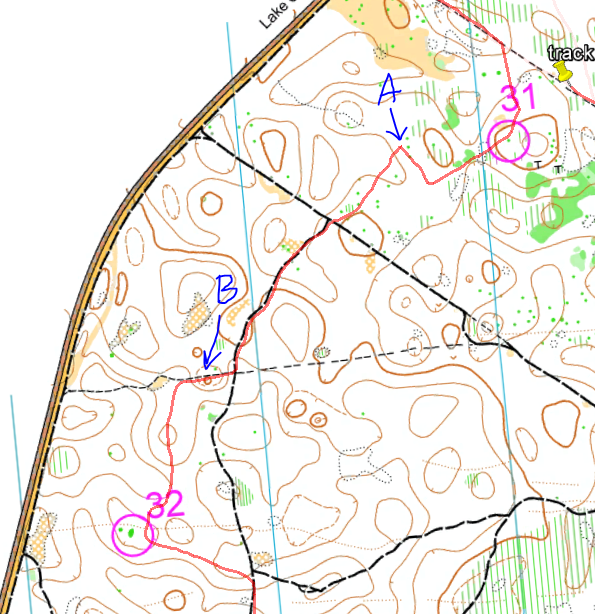 At CP53, we found the small depression (point A) and then shot another bearing to the control.  However, we blew right by it within 15m, bailed out and found it at point C.  As we exited, it was time to flip the map over.  I couldn't really line up where it connected, so I had us bushwhacking straight down at point D, instead of the more efficient point B. 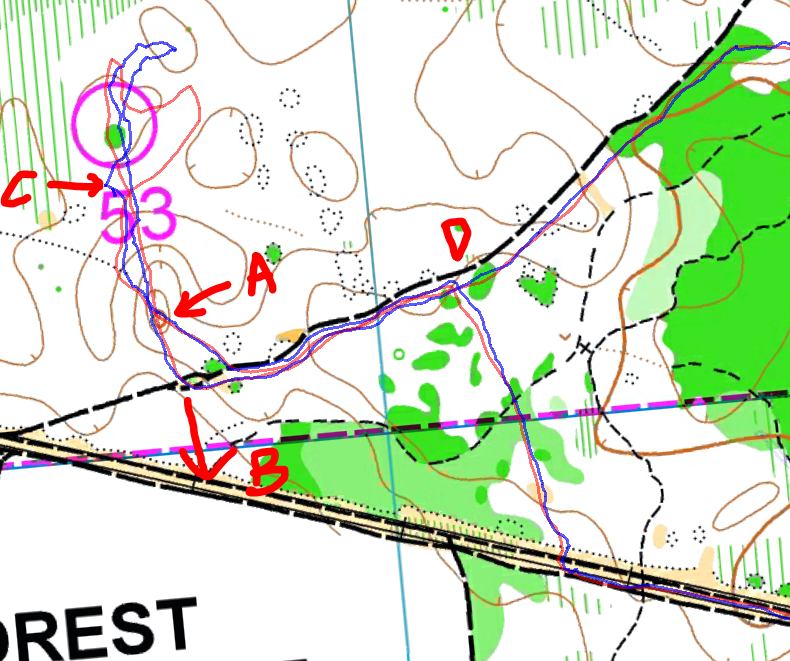 With forests so open and us having great luck at finding CPs so far, we decided to do a little test.  Jim Gorton was right on our tail after punching CP62 and while heading towards CP74, he caught up to us but stayed on trail.  We decided to bushwhack about 1km to CP74.  That's a massive length for mere mortals to stay straight on, so we went shot from depression to depression.  Lately, Nate has been using old maps at Wekiva to find every single depression there is in that park, and rightfully deemed himself the master of the depressions.  This further gave us more confidence to reign our line back in if things went crooked.  It proved a success and we even beat Jim to the control using the shorter path. 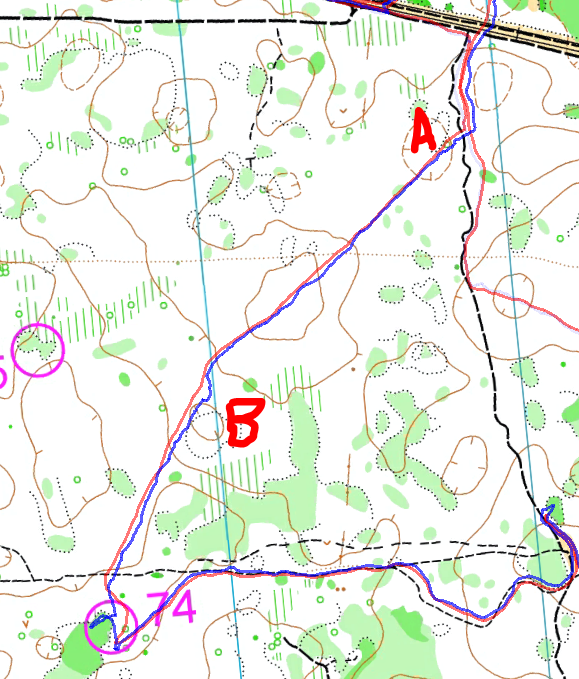 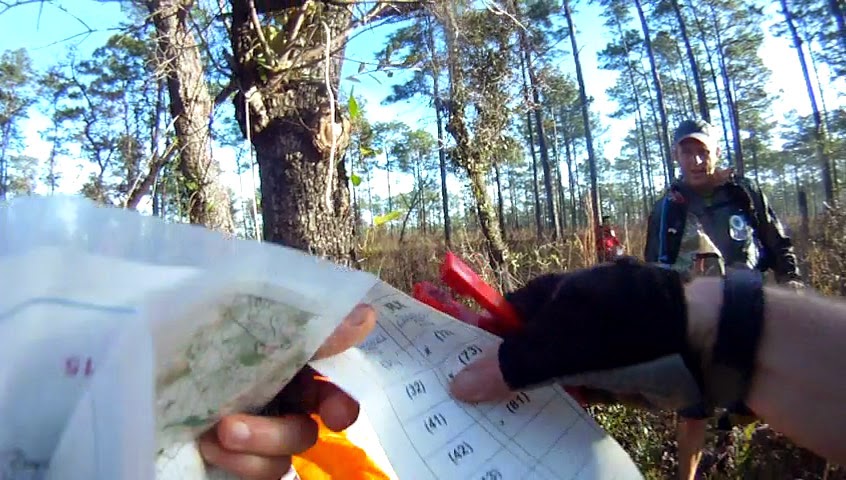 We had remembered from last year's Sea to Sea AR that the trails here were often very faint or non-existent.  Here you can see we ran right pass this trail (A) and didn't figure it out until we started going north.  Constantly looking at the compass allowed us to fail quick and cheap. 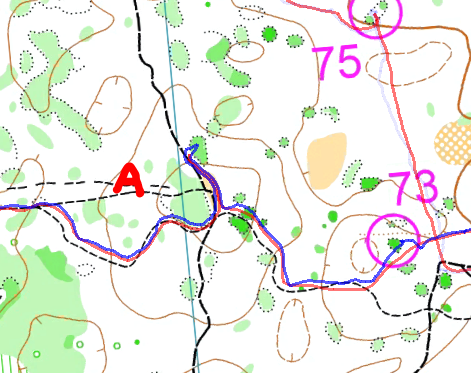 After grabbing CP73, we could have gone for the furthest CP81, but totally forgot to write the complete route order on the 2nd map.  Nate did some rough calculating and determined CP81 would cost about another 15-20 minutes, so we chucked it on the belief that the course was not clearable and that CP81 was the worst bang for the buck.

At CP71, we counted 6-700m to get to the intersection at point A to shoot a bearing to the control.  We badly missed the control.  Then we started scavenging to the north to find a mapped depression/marsh at point B.  It was there we found a better attack point to hone in on the control.  What happened?  Upon reviewing the map overlaid with Google Earth, trail A did not exist, but trail C was the larger more prominent one we got confused as trail A. 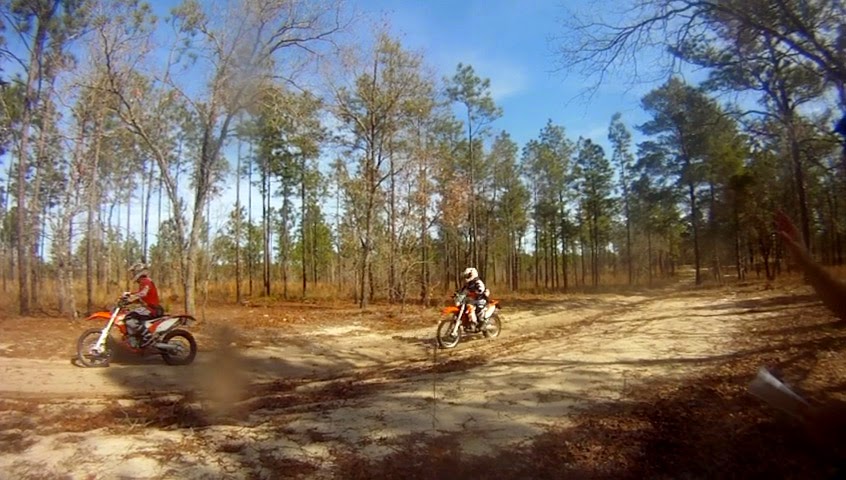 At the end of the first half, we tried to find this trail to lead us directly to the Main TA (point A) but it didn't exist in real life so we were forced to take the next trail, which also didn't exist, so the next.  Again after reviewing the 'tapes' we see that the entry to the trail is blocked by a tree and the other side is just overgrown--not identifiable at all.  That's alright, you gotta be on your toes for backup plans when it comes to adventure racing. 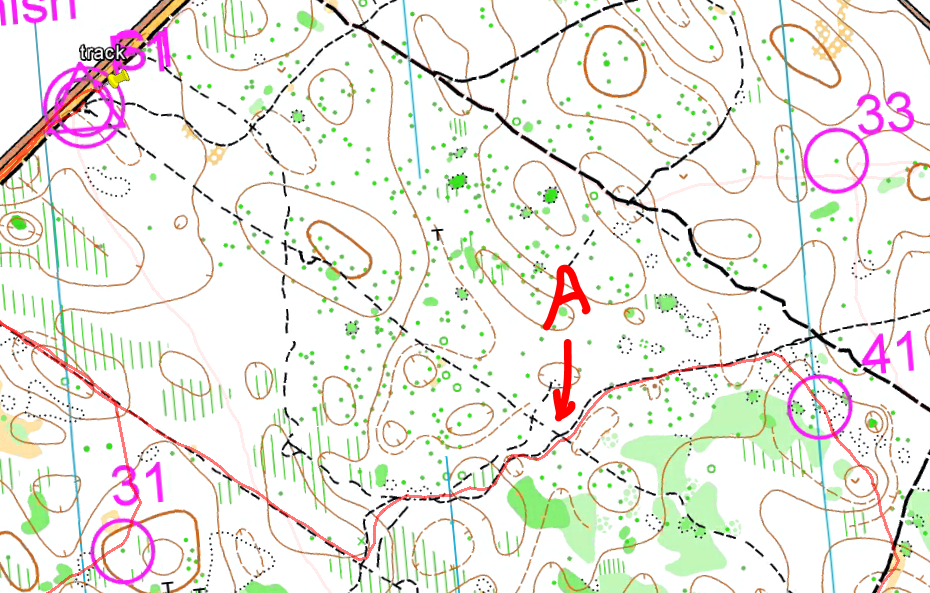 point A, zoomed in on Google Earth 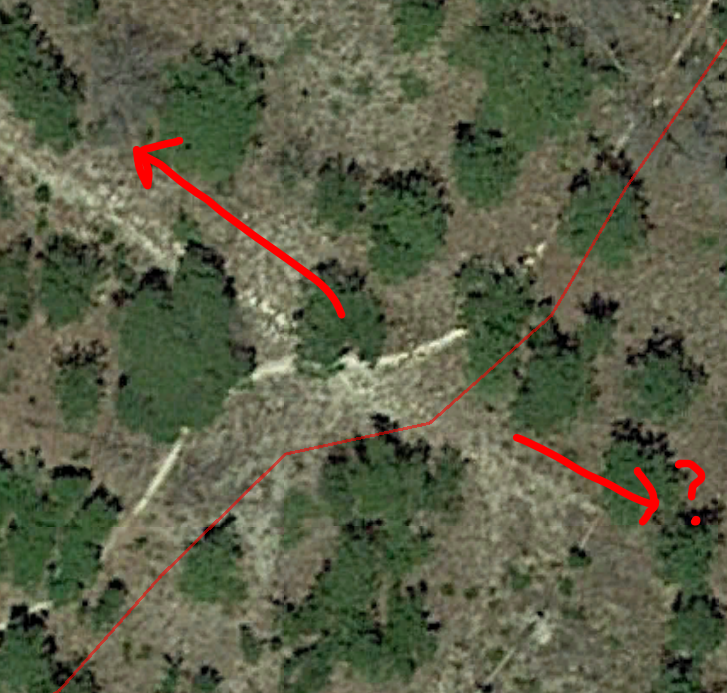 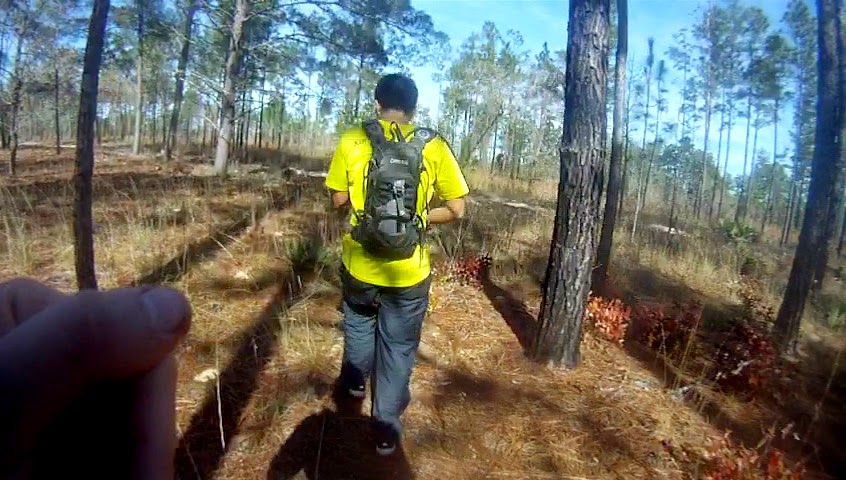 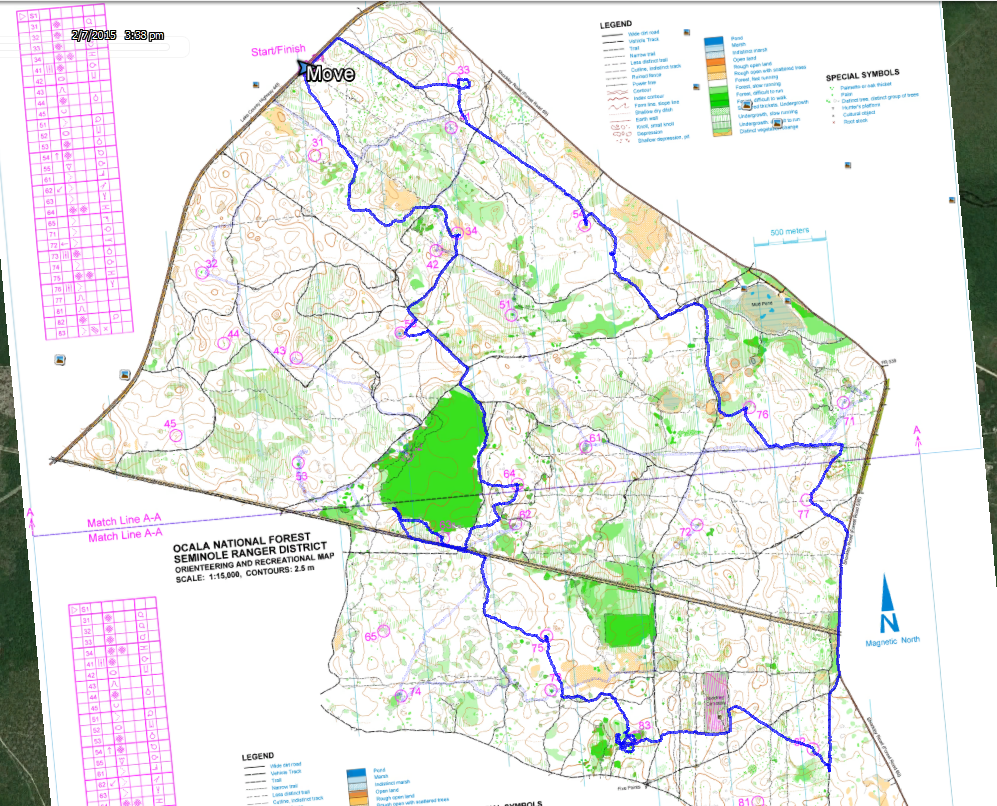 The second half seemed to be tougher to figure up a route, due to the two controls in the middle of the course that threw off the circular path (in our case, clockwise).  At the Main TA, I duct taped my feet due to ease some hot spots (something I will have to keep in mind for the Sea to Sea AR).  We planned the route on the fly during bushwhack walks to minimize down time. 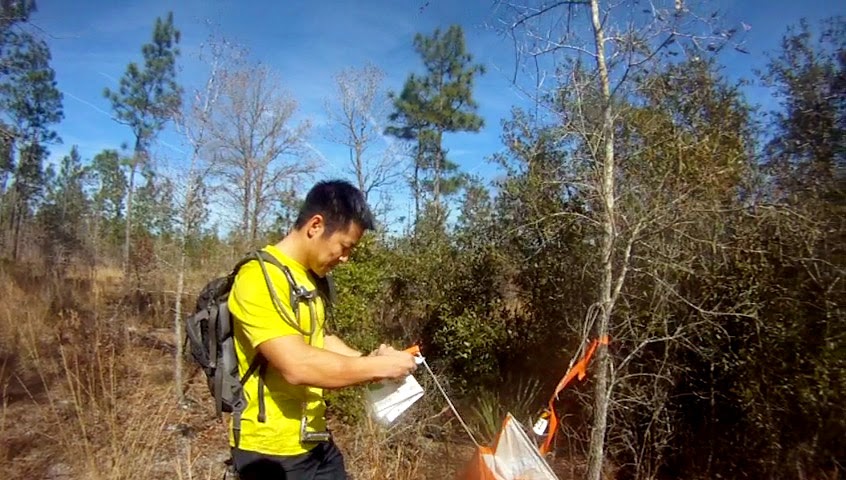 I originallly planned a route that had us going from CP 33 to 34 to 54.  After punching CP33, the plan was forgotten and we skipped 34.  Realizing it too late, we had to re-configure our entire route on the back end.  The original plan had us going to gather CP 44 and 45 easier, but now had us going far out of our way to swing the route out west.  We decided to write down the order finally. 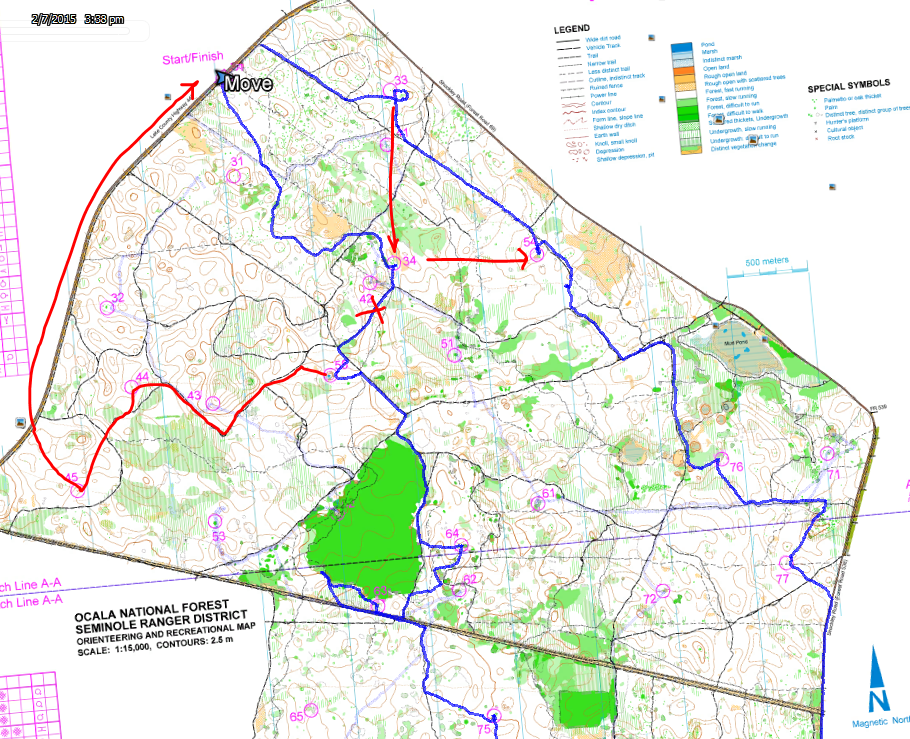 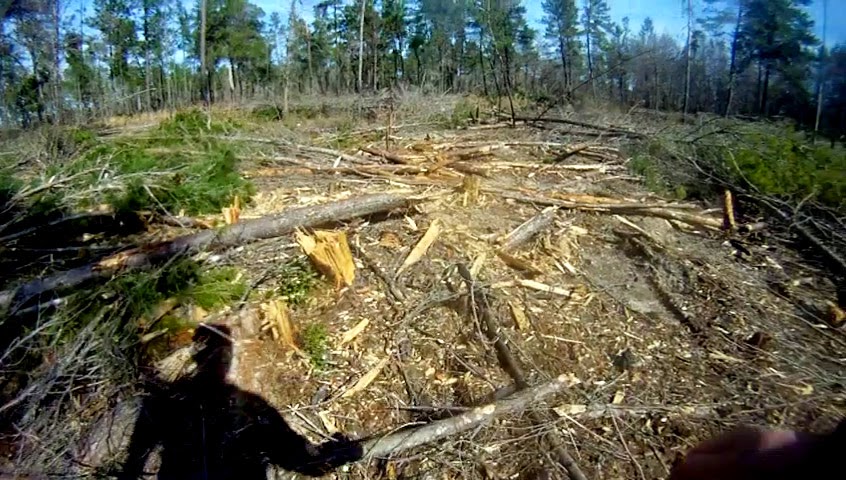 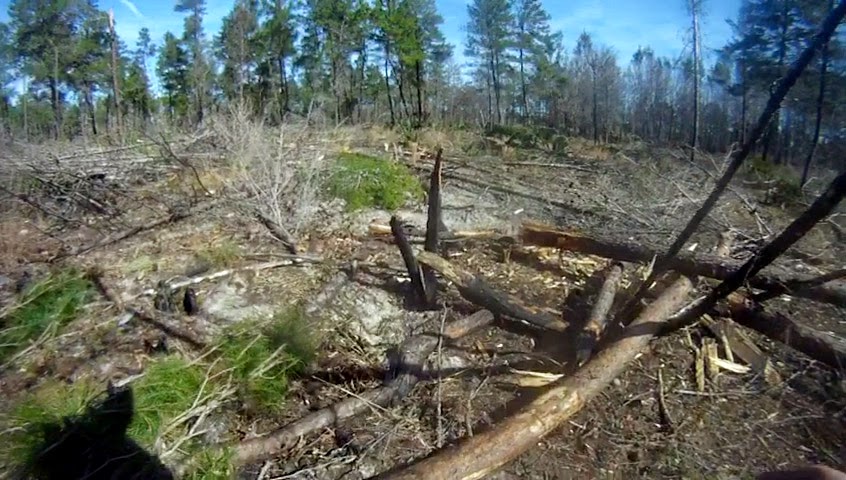 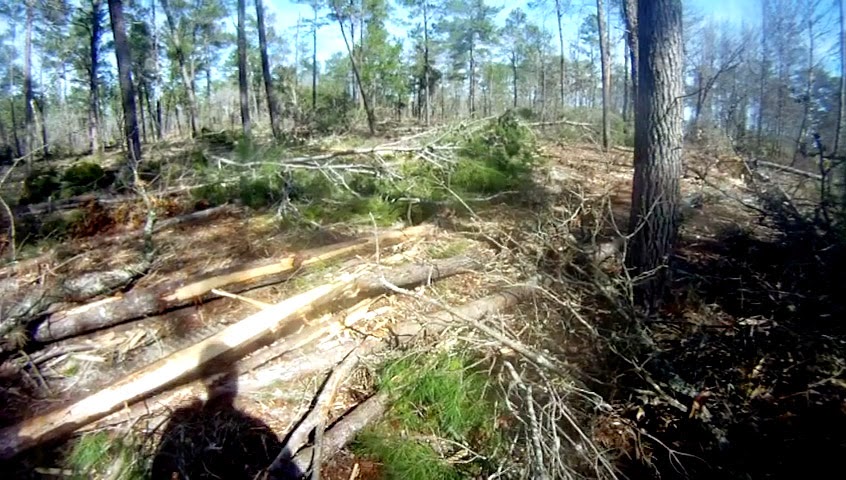 We spent a good amount of time (~15min) trying to find CP83.  Turns out if we stuck to the original trajectory we had, coming from the cemetary, we would have found it on first try.

Heading to CP64, we made an astounding discovery.  CP64 was in between the front side of our map and the back side.  I needed to shoot a bearing, but couldn't, so I took Nate's map and connected it to mine.  Things didn't line up correctly from left to right.  The scale on the front and back were not the same!  It affected me because I was using a new AR UTM ruler that had the 1:15,000 scale on it.  No wonder our measurements were out of whack on the southern end of the park.  Having no good way to shoot a bearing, I started counting paces up, right, up, right, pretending I had hit trail A.  I never found the trail, although it appears we were so close, but stuck to the theoretical plan.  Nate is like an NFL kicker.  Get a kicker closer than 50yrds of the goal post, and your chances of nailing a field goal are higher.  However, with Nate, I knew if I could get him within a whopping 200m, he would have a chance of sniffing it outright.  He spotted this one within 125m away! 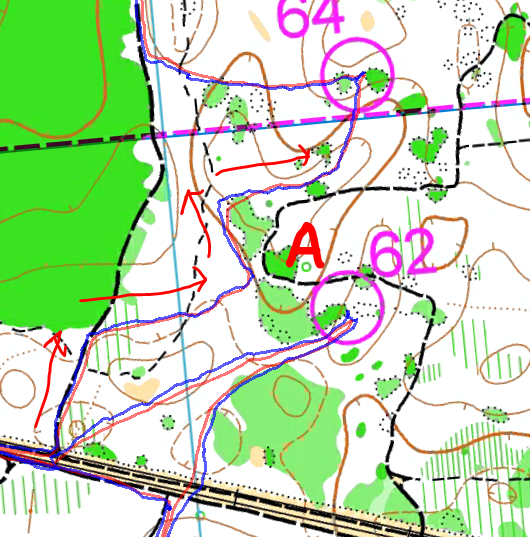 I'm not kidding about Nate.  Here's another example--150m away is where he found it. 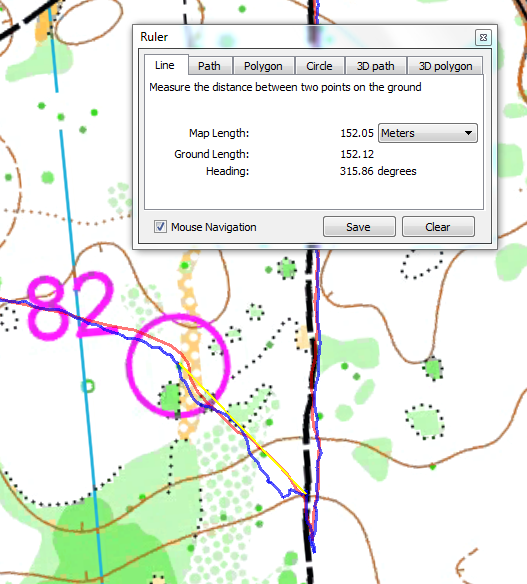 We had a good amount of time left after getting CP34, but rough hand measurements revealed too much distance to gather the last two controls to the west, CP44 and 45.  It might have been doable at the beginning of the day, and if the trails were paved, but not at the end of the day in the off-road trails.  We ditched it to not risk time penalties.  In fact, it appears penalties with rogaine rules are extraordinarily harsh--one point penalty every minute you're late!  Check out the sport teams who came in late, some of them have terribly negative scores!

Enroute to the finish, we wanted to take the red route (below), but as the trail we were on started going multiple directions except northwest, we said "screw it, let's just take a bearing from the last CP and shoot straight to the Main TA."  If in doubt, use brute force :) 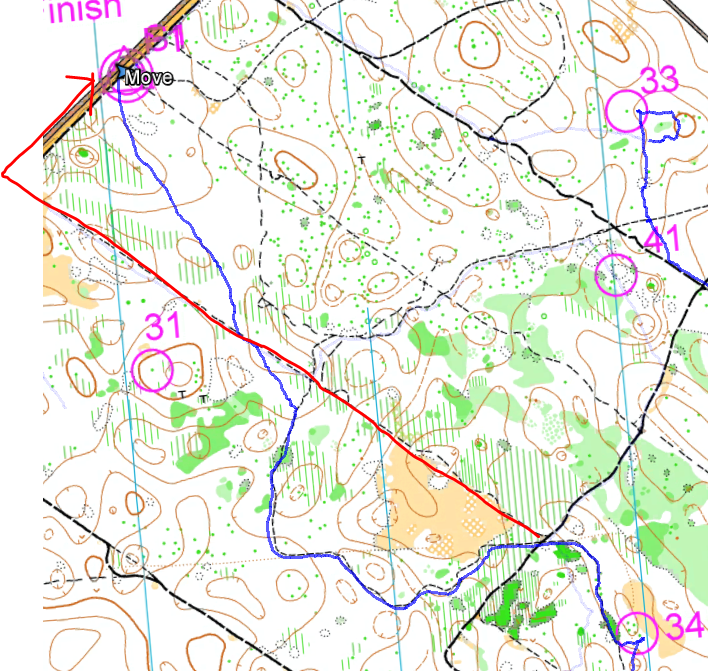 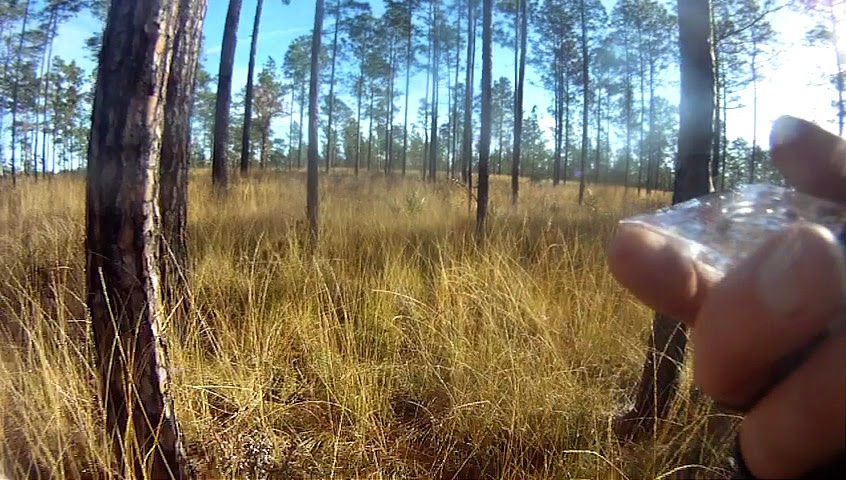 We finished 1st in the team division, 2nd in overall. 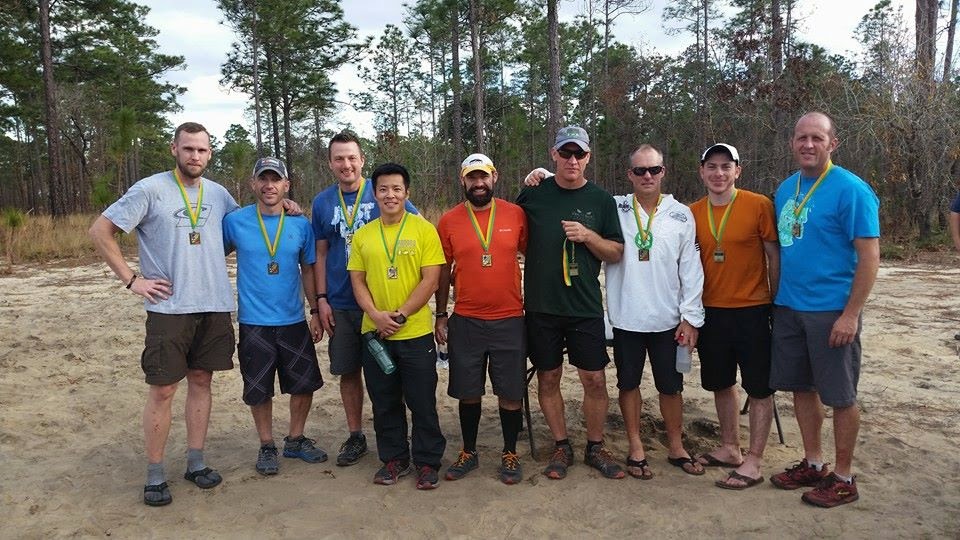