It's been about half a year since we did a race, so things started out a bit rusty as I forgot to pack my camelbak bladder.  Luckily Craig, the race director, let me borrow his.  There was a few other common things I typically do during races but forgot on this one as well.

course map with our GPS overlaid 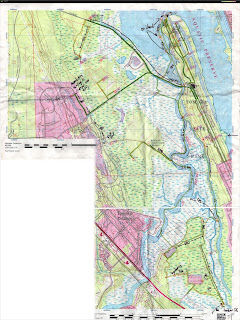 Anwyays, the race started with a quick prologue, running around the pavilion to find answers to several questions.  It would transition onto canoe, where we kept neck and neck with team Chub Solo (Mac Kelly and Ron Eaglin). 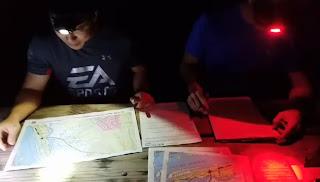 We paddled to some island, where there was an orienteering section.  In Canyonero fashion, not enjoying following other teams, we split ways with team Chub Solo and did the course in reverse.  We figured the hardest CP would be 10, and hitting it off of the lake might be easier of an attack point, rather than following some vague set of trails that Craig enjoys putting us on.  We were kinda wrong, as it was a little hairy picking up the trail that lead to CP10.  Actually, there was no trail, as we blazed a path directly west of the lake corner (mapped red below).  We were knee high in rotten-smelling swamp until we picked up a berm that led us to the control.  Also, whilst shaking off rust, I completely skipped the easiest CP of the course, 15. 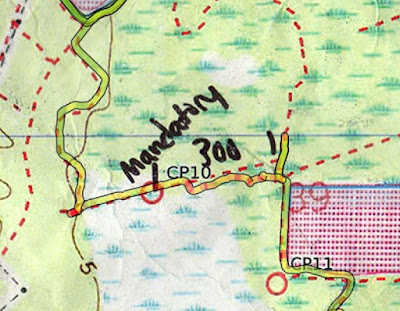 After completing the orienteering section, we got back on the canoe and paddled the inland channel to get to CP18.  From there, we portaged our boat over the to the adjacent channel to go north for CP19.

Once arriving at the TA, we got on bikes, cleared the top half of the park controls easily, and then headed out to do a counter-clockwise sweep of the controls, starting with WP4. 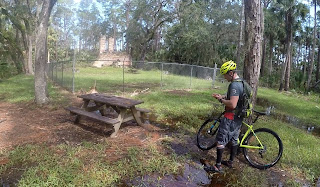 From WP4, we swamp/bike whacked down to CP33.  It seemed the logical thing to do on paper, but once we got down near the control, it was a foresty, marshy swamp jungle--not ideal for bike whacking at all, as our legs were sinking down into muddy quicksand.  We had to abort without any punch.  Conditions became worse, and thus, there went our fairly clean race up to that point.  We burned 50min here, including figuring our way back out, feeling completely demoralized.  Just bad luck...bad luck.  On an 8hr race, a 50min mistake is not something you can recover from. 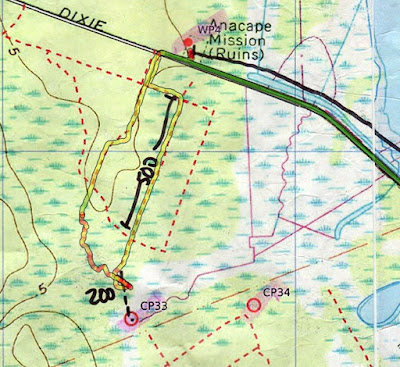 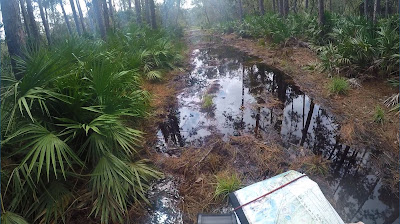 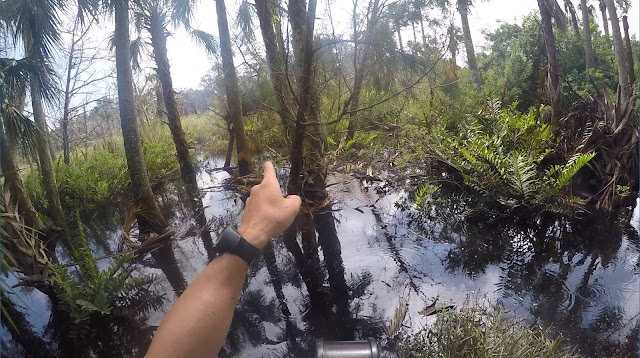 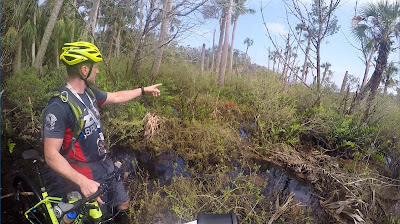 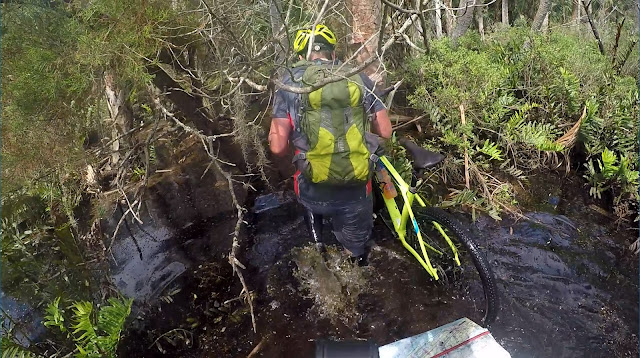 Nate was good sport about the mishap, and probably expected it due to us not racing for so long, so we shook it off and kept marching forward. 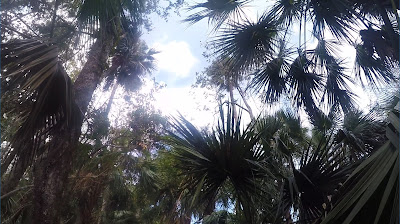 We eventually hit a trail, if you call it that, and found our way back to the road to take the long way down to the rest of the bike controls.  Along the way, we met some animal friends, including a gator, an eagle, and a copperhead snake. 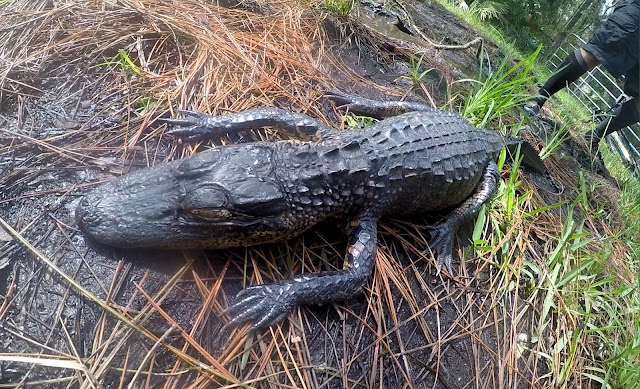 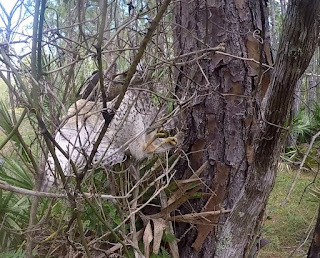 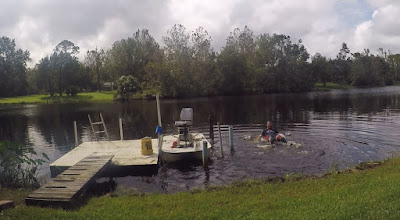 other racers joined in on the fun 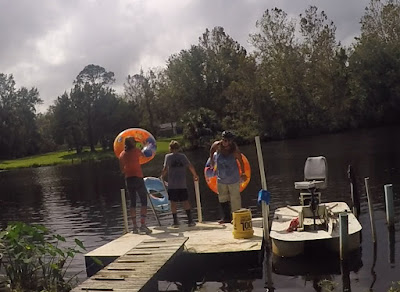 cars were prohibited from traveling on this flooded paved road, but not bikes 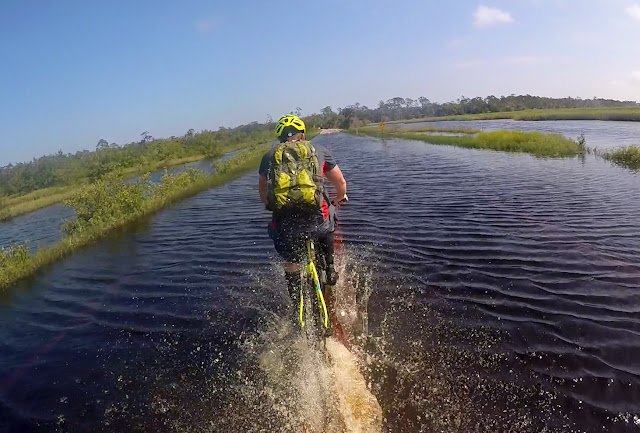 Once Nate was done bathing in Sheriff's backyard, we raced back to Tomoka Park and picked up several more controls on the south side of the park.  With time ticking down, we decided to drop a few more biking points, in favor of clearing the trek section, which seemed like great bang for the buck.  We cramped up while getting the fastest time on that leg to finish the race in 2nd place.  How did that happen?  Because there were only 5 teams competing in the elite division :/  Fun, grueling race overall though! 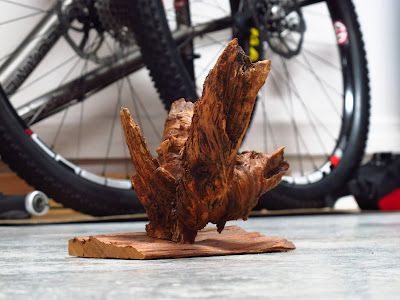