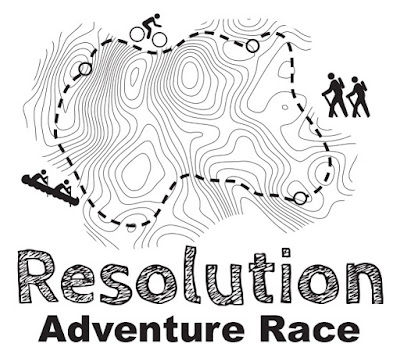 This race was the first race Nate took the helm and navigated for us.  He's been improving his orienteering skills, taking first place at the 2016 Florida Orienteering Championship red course.  So at the crack of dawn, Nate chose to do the paddling leg first--a leg that not many other teams would pick.  This would provide him maximum learning with no one to follow. 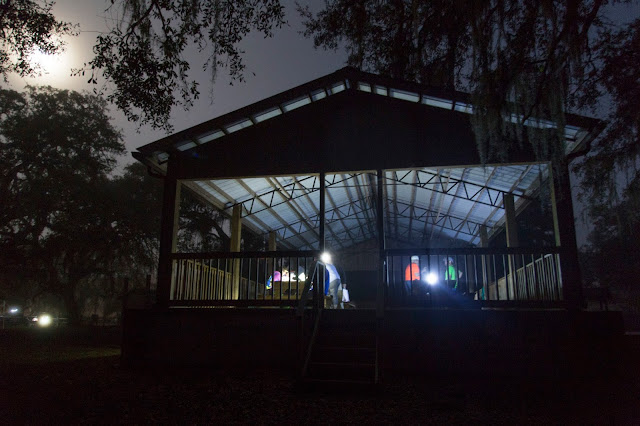 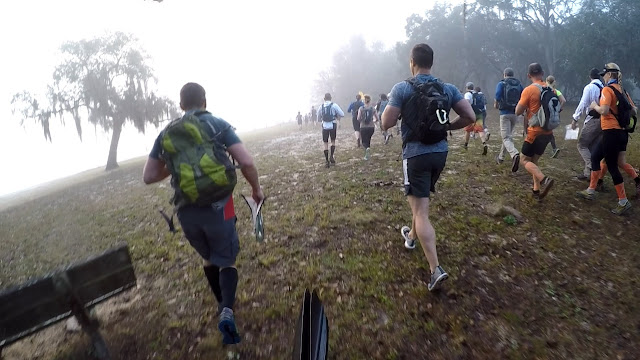 The race start was foggy and appeared like an abstract dream.  The lake exuded one of thickest fog we ever saw.  The lake seemed to just merge straight into the sky.  It was kinda like navigating in the night, but the night was white and no amount of headlamp would reveal anything in the distance. 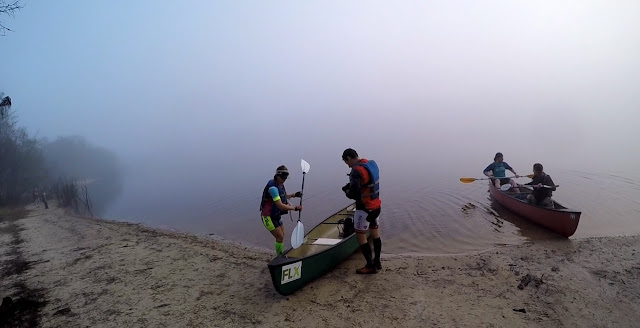 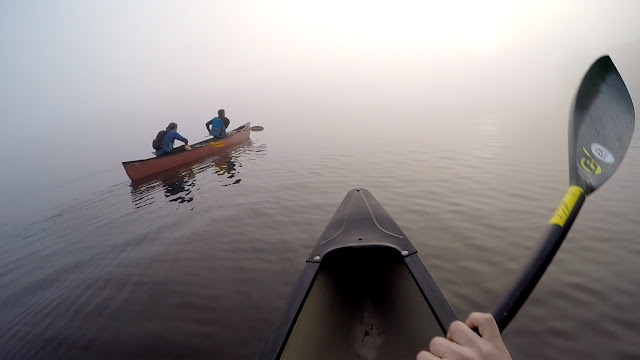 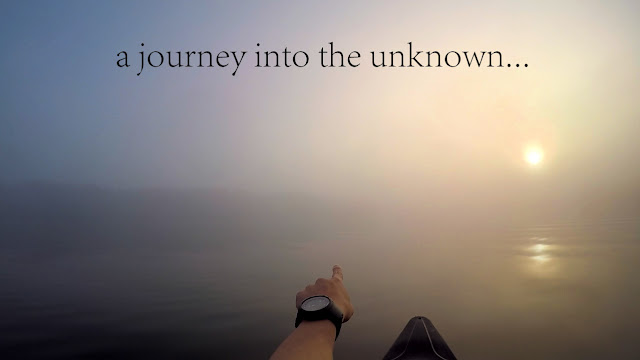 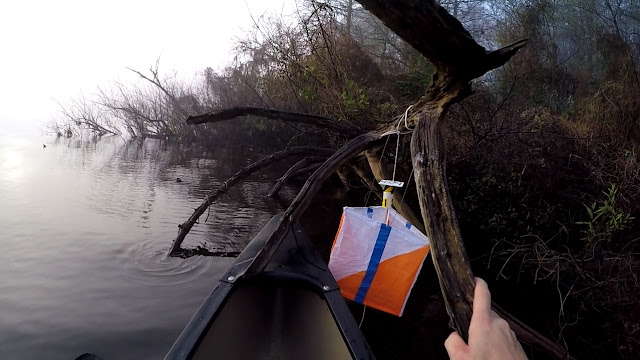 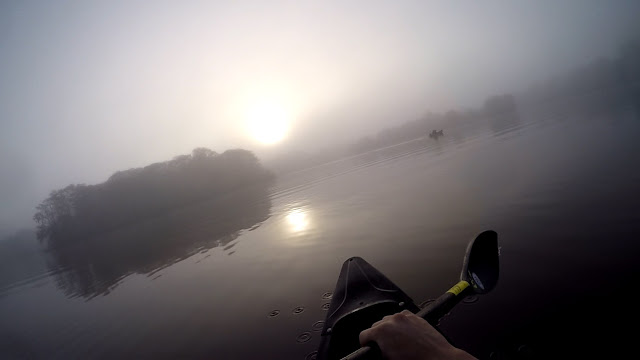 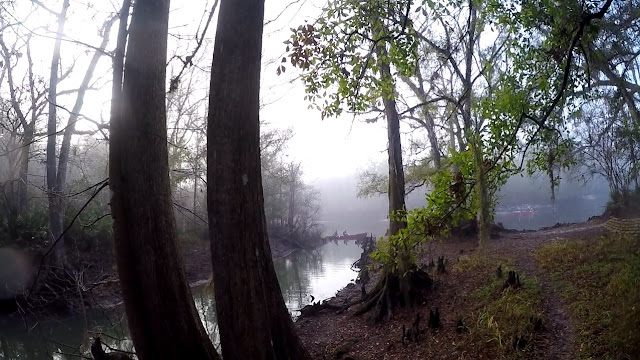 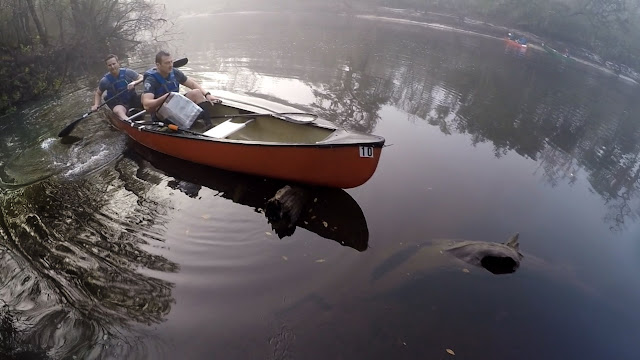 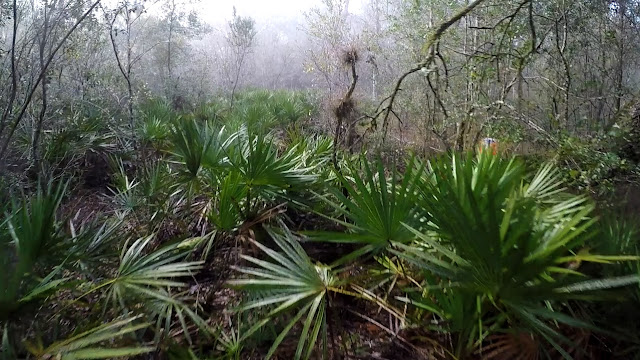 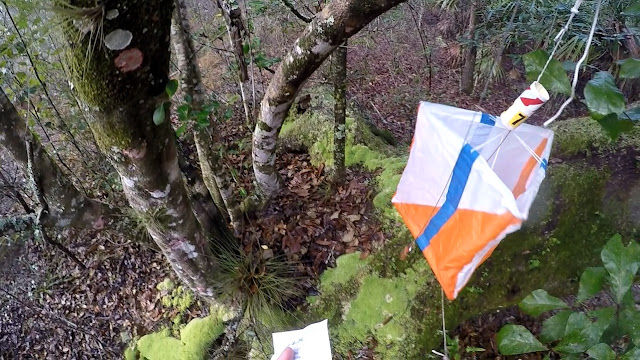 I was happy to take my mind off navigation and just let Nate do his thing.  I was able to more fully absorb the serenity and mystical views that we paddled through.  We found all of the controls without too many issues and powered back to the Main TA at a super high cadence that Nate prefered. 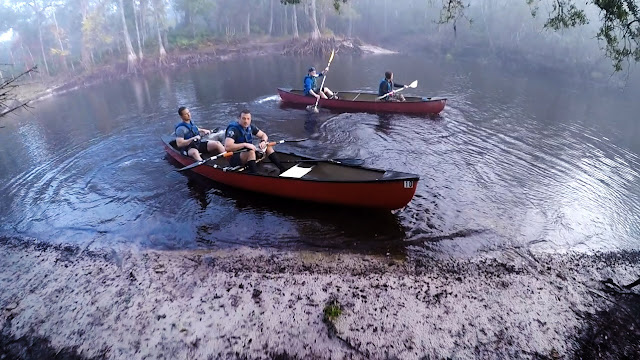 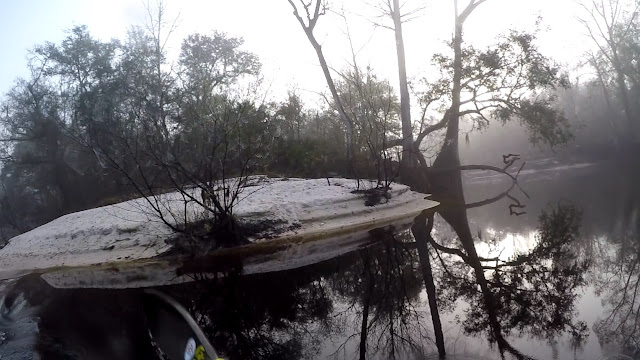 We made a quick transition onto foot and found all of the controls.  With Nate orienteering us through, me shouting out technical data of bearing and pace count, and Greg eagle-eying the controls, we were a cohesive team here. 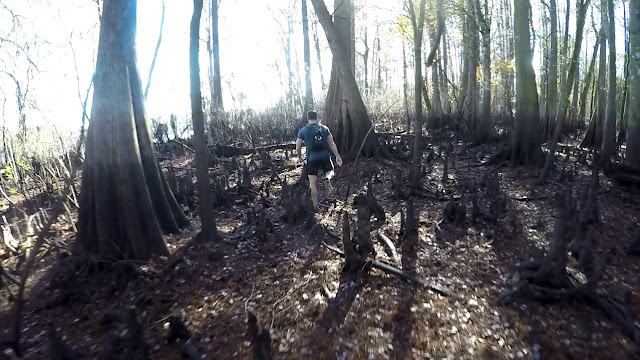 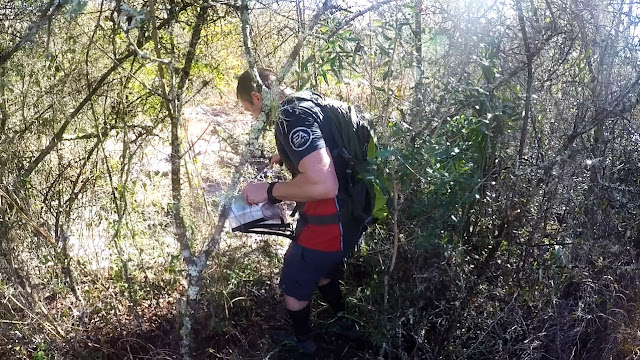 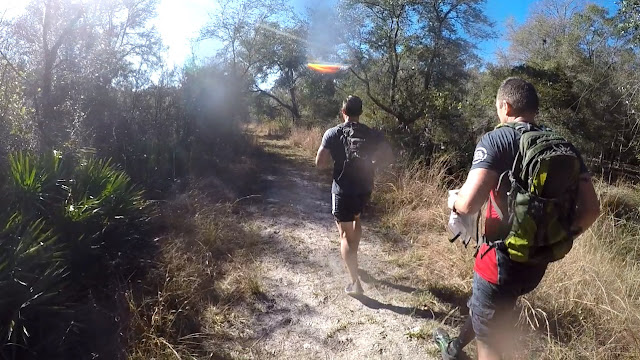 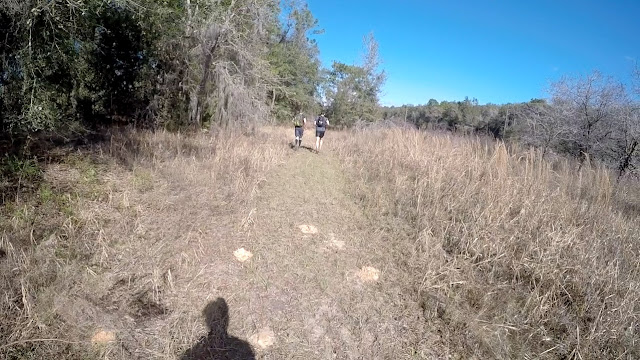 There was a lot of sugar sand, flowing single track, and confusing mapping going on with the biking leg.  Nate did an awesome job taking us to every control, until we ran into CP20.  What was funny was that in order to get CP20, we had to compute some basic math back at CP19.  It literally took us almost 15 minutes to figure the answer out and plot it, in our brain depleted state.

The trails were starting to become a criss-crossing mess from here, so we couldn't find CP20 and so bailed.  We were supposed to have taken the black-dotted trail at point A, but missed it.  And then we thought point B was where CP20 was and spent decent time trying to find something that wasn't there. 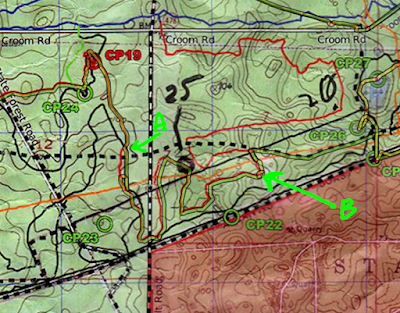 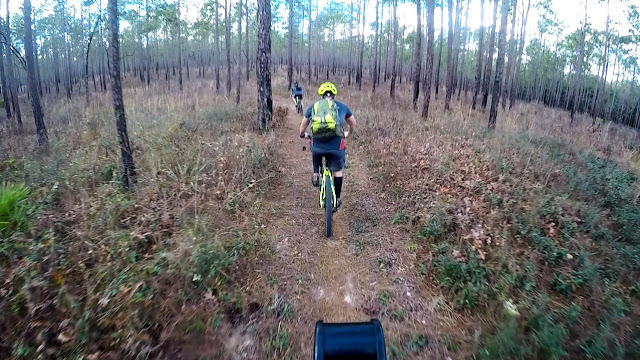 Once we got to the next transition, we quickly started the last foot section and found four of the closest controls to finish the race. 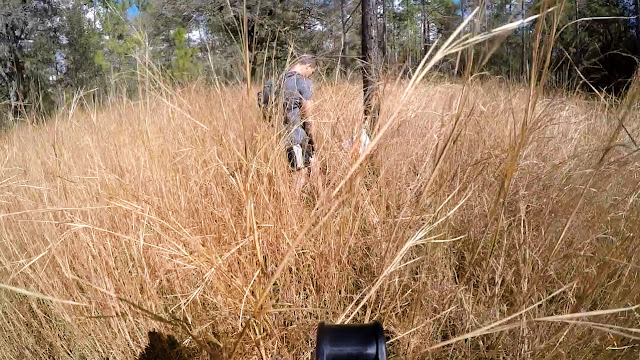 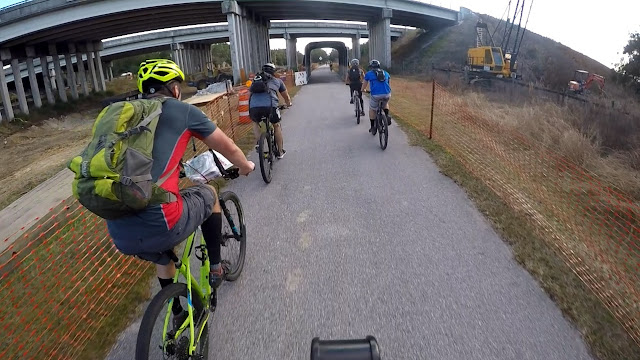 Overall, Nate did an awesome job of upgrading our team for Sea2Sea.  I'll be needing his help when I fall asleep on the jog, and vice versa.

maps and our GPS route overlaid on top 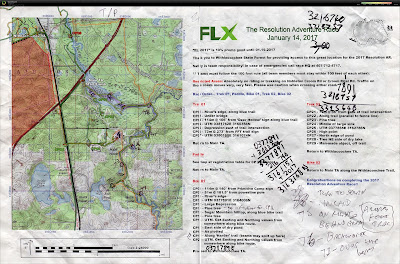 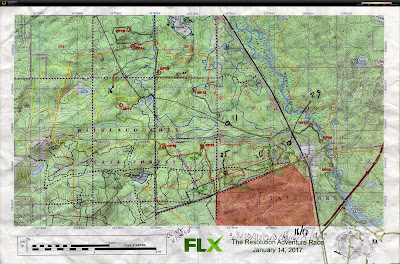 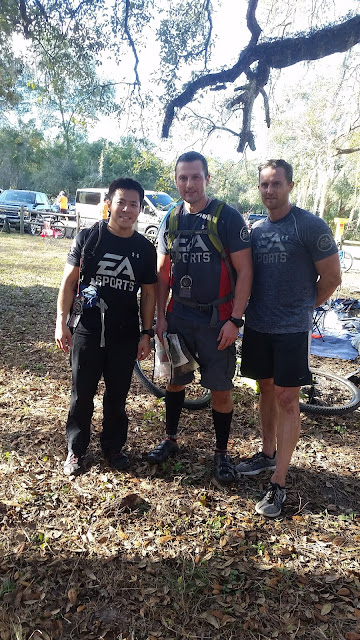