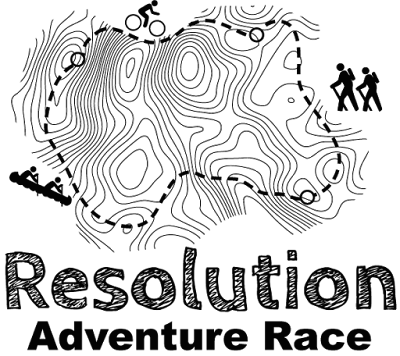 Brian flew down from Boston to join us for a fun get-together.  We had all taken a break from training during the holidays and did a quick one week cram session to ramp back up. 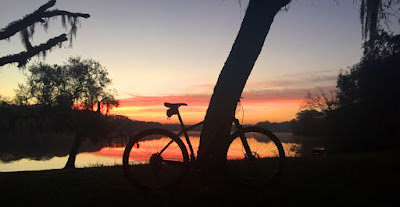 Greg reminded Brian to do the first prologue jog at a fairly slower pace.  Regardless, his excitement took him towards the front of the pack.  We blazed through the first three legs, a quick run, a short bike ride, and a small orienteering section.  Nate and Brian were full of energy and pushed the pace fast. 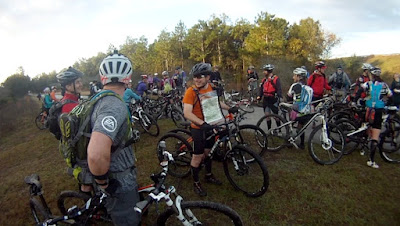 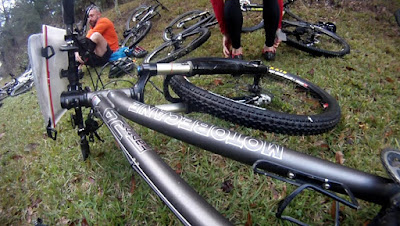 Everything was going quick and well until the infamous CP7 on canoe.  What seemed like it should have been another easy pick-up turned into a stubborn 55min hunt for a control that was later determined to be lost.  Every team converged here and we had the most elite eyes on this hunt.


our sweeping search pattern for CP7 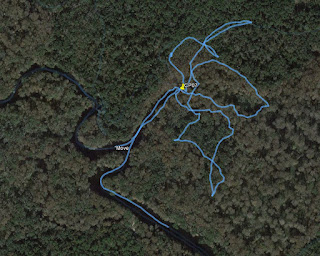 After this control, we knew the race had been botched.  We continued forward to collect the rest of the controls on paddle, only to be met with racers making their return trip, telling us there was no CP9 either.  At this point, we said screw it, let's just go there, cover our basis, and if anything, we have it on GoPro that we at least visited the area and to make a case for credit.  We spent about 10min searching for it at the location to no avail either.  Turns out all teams got credited CP7 and 9 (and later on 11), regardless if they went after it or not.  Ah well.  With the main pack well ahead of us, the race mentality switched to just having a good time after this point. 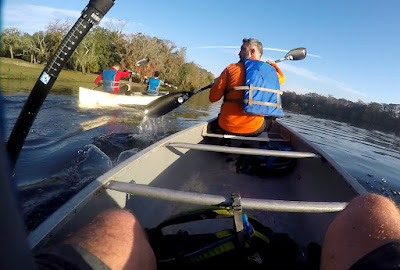 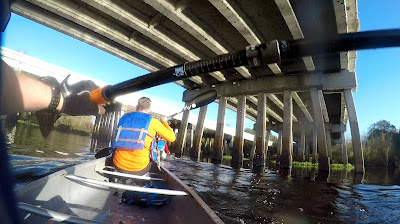 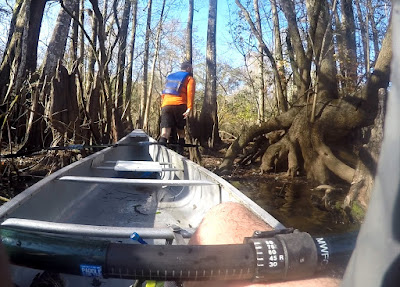 Nate convincingly saw CP7 with his x-ray vision in another stretch of the river, and adamantly had us pull over to hunt briefly.  I knew it wasn't there, so I took my time taking a dump in the woods. 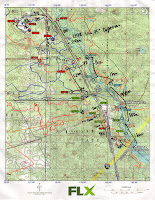 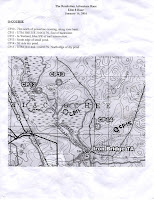 We approached the Iron TA on canoe and transitioned into a six-control orienteering course.  One of the controls, CP11, was situated in the same spot at the missing CP7.  We decided to give it a 5min try, this time attacking it from the east, to see if we see anything new.  Nope, my navigation led us to the exact same spot.  From there on, we made good time with finding the rest of the controls.

Getting back on the boat, we paddled back to the Main TA.  I erroneously thought we had a mindless jog from the Main TA to the Withlacoochee TA, where we dropped our bikes off early in the race.  I did not realize we had three controls to pick up en-route.  What a mistake haha. 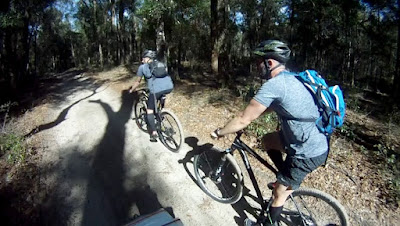 With a quick transition back onto bikes, we nailed every control with relative ease, except CP25.  To me, navigating on twisty technical mtn biking trails are the toughest to understand where you are on the map.  You can never measure distances correctly on the map because the resolution does not account for all the curves, peaks, and valleys that add up.  We attacked this control in two locations before finding it. 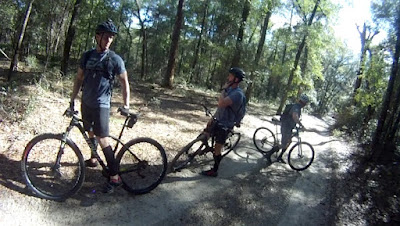 We can always count on Brian locking up legs early on in the race ;) 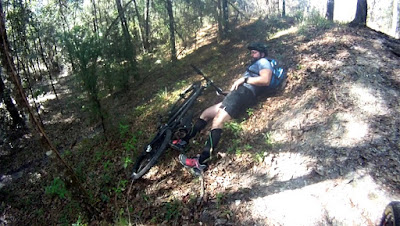 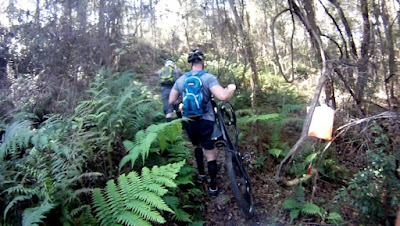 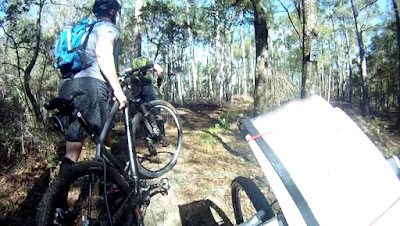 Once outside the mtn biking trails, we knew time was of the essence, so we turned on the afterburners.  The crew did an awesome job spotting controls whenever I mentioned we were nearby.  We had only enough time to gather two controls on the last orienteering leg.  We grabbed CP29 and 30, where my legs were on fire with cramps.  I had no choice but to shake it off and fly back to the Main TA, and topping at 37kph on flat paved road.  However, we still came in a minute and a couple seconds late. 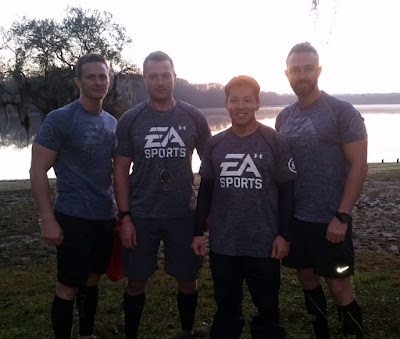