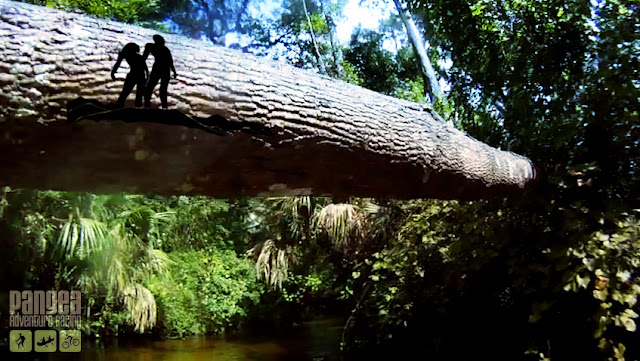 The Superhero AR was held in our backyard.  We have used the parks here as our training grounds for over a year.  With that said, Nate and I set out to try to defend our our home court :)  We trained and prepped as much as we could.  We wanted to use this race as a benchmark to see how we stand with the super elites who usually populate the top.  We raced our hearts out, literally, til the end. 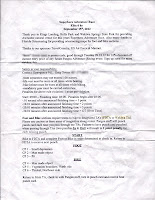 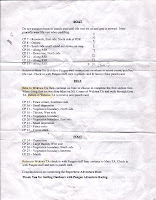 I was so pumped at the beginning of the race, I immediately launched my bike with some atmospheric torque that caused my rear wheel to pop off and flip me over my handlebars.  Here's a video recap:


video of me flipping over bike at beginning 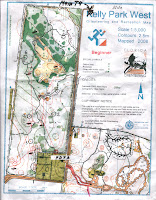 The start had you biking to Kelly Park's orienteering grounds, find three CPs on bike, return to the gate opening, and then find three more CPs on foot.  This order was determined at the beginning of the race, so as to not clog everyone up at each checkpoint.

So after flipping over my bike, I spent about a minute and a half fixing it.  When all was done, everyone was already almost a mile ahead of us.  But I like to give people head starts ;)  We knew this park like the back of our hand and made up some serious grounds to get back near the front of the pack at the orienteering section.

The foot section was aided by the help of several teams going for the same CPs, so it was basically a game of follow the leader.


video of bushwhacking through canoe channels

We bolted back to the Main TA and had a 2-3 minute transition into the canoe.  Our map was chock full of useful information--distances, estimated times, clues, etc. We took the north route first to warm up before hitting the more technical, upstream routes, south of Kings Landing launch. 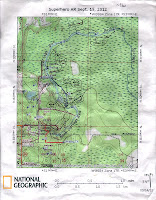 The north side CPs were pretty easy to find.  Most were directly visible as you paddled along, with the exception of CP8.  That one was hidden behind a large mass of shrubbery, made of twigs, that was around the back side of an island.


Canyoneros brute force over these obstacles.  There are no such things as obstacles to us ;) 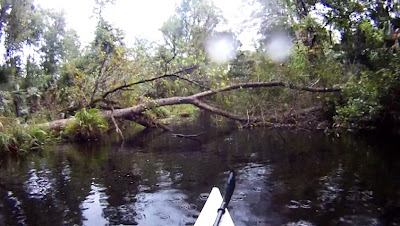 There were several areas where trees fell across the river.  It was quite convenient :)  We saw a team just turn around after seeing this one and said "screw it". 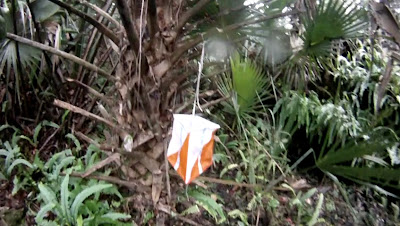 The far east CP7 had no punch card to it, so I have it on GoPro to prove it :)  Team Sheriff's Posse also found this before us, in case there's disputes (all on GoPro).

spiders fall down from these, duck your heads! 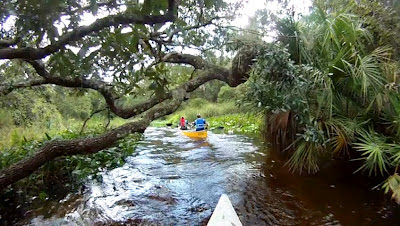 The south side split into two channels, each side containing one CP, each side with its poison.  The side we chose had a highly technical, narrow route, the east channel.  The more narrow the channel, the stronger the current.  You had to flex some muscles to keep speed, while steering the canoe straight.  If you didn't, you rammed the sides as the current tried to turn the bulky vessel around.  To top it off, there were big tree stumps underneath the water.  They caught you off guard at times, instantly manhandling the canoe sideways to capsize you.

You are looking at the scant amount of water available for canoeing through the south side. 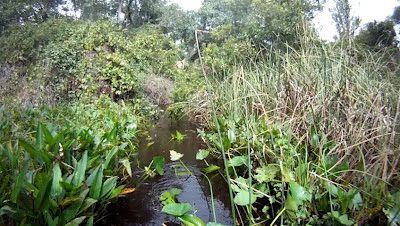 We did not take chances on CP12, so we poked in and out of any area we thought looked like an intersecting channel as Greg Owens explained in the race meeting.  It slowed us down some, as the friendly Team BikeWorks overtook us, but we finally found it in the middle of the water. 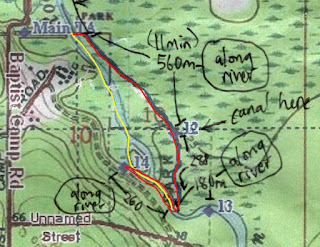 Up til the last CP14, Team BikeWorks and we were right near each other.  We split at this last CP.  BikeWorks decided to push their canoes north through thick vegetation.  Nate and I ditched our canoes near the intersection south of it and bushwhacked to grab CP14, only to return back to the intersection and go north on the east channel.  It was downstream and could be traveled at a much higher speed.

To compare, team BikeWorks finished the prologue one minute behind us, so we assume they got on boats one minute after we did.  However, they cleared the canoe course three minutes ahead of us, indicating that west side was the faster route.  Maybe the their route opened up?  Who knows, but most people said that west channel got hairy.  Another top ranking team did what we did as well--got back on the east channel.

Nate the Great slicing through the single-track trails 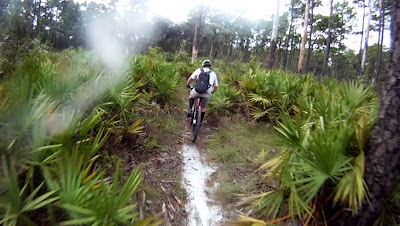 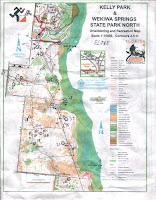 We measured out every distance here and a couple angle of attacks per CP, just to be safe.  On the way to Wekiva Springs State Park, we picked up CP15 by spotting the fence from the trail and following it to the southeast corner.  We then checked in at the Wekiva TA, a gate, and retrieved CPs from 16->17->18->19->20->21->22->23.

carving our own trails in the woods 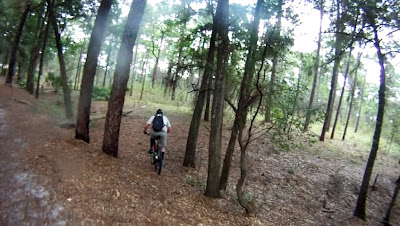 With pedometer and accurate premeasurements drawn on map, most CPs were nailed spot on, except CP17.  I accidently read my notes wrong so we over shot it at first.  Regardless, this section only took us 61min, as reviewed on GoPro.

trails made of pine needles 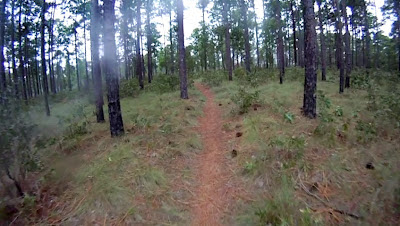 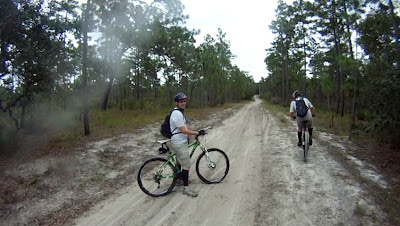 trails in the trenches 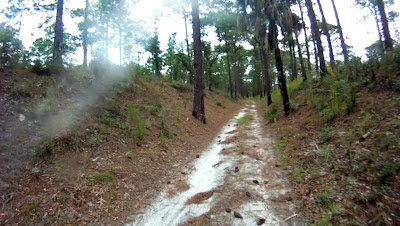 There were two teams we kept seeing on this portion of the race--Florida Xtreme Hunter and Get to the Chopper.  FL Xtreme Hunter had an 11yr old kid who kept up so well with us for most of the running CPs, even though we took different routes at times. This motivated us to take the riskier bushwhack routes we later chose.  Get to the Chopper were ahead of us to start, until CP26.  We chose the direct diagonal route from the trail intersection, but I think they went south and cut in east at 90 degree.  I'm not 100% sure, but this is where we gained ground on them.  However, those guys are fast and wouldn't go away that easily.


this is probably the closest you'll get to a mountain in Florida :) 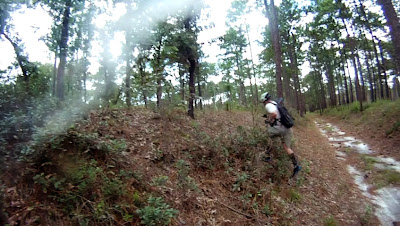 these ashy twigs were charcoal sticks to your clothing 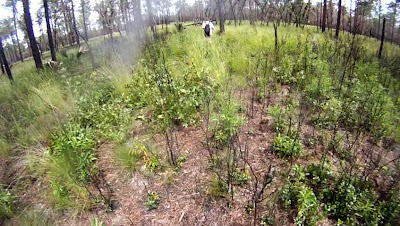 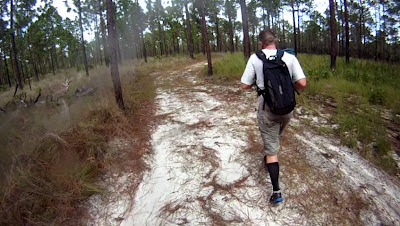 Bike back to Main TA

It wasn't over until you got back to the Main TA.  We knew Get to the Chopper were behind us, and we knew they are one of the more reputable teams.  Heading home, I made a mistake of overshooting the Kelly Park fence trail by going past the yellow tape (because that's where we came from after gathering CP15 earlier in the day).  The race was getting later and the mind was wanting to shut off.  Once I realized it, we immediately took a right to cut into the woods and bushwhacked the bikes diagonally up to the trails.  This was our most exciting story of the race. 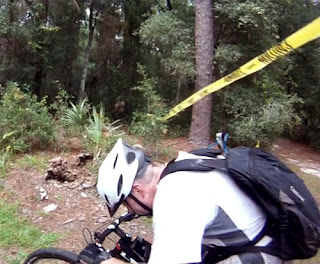 That was the time needed for Get to the Chopper to catch up.  We saw them!  It was like the Boogie Man coming out of the corners, grabbing your legs as you ran away.  Nate is a stronger runner than I am, but I knew we needed every ounce of energy from Nate's biking to pull through for the final few minutes.


start of the chase 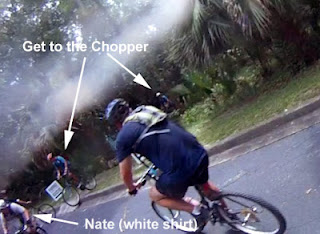 I had the punch card and led our team back.  I knew I could pull acceleration anytime since that's my strongest discipline, but wanted to honorably adhere to the 100 meter rule (team members cannot be further than 100 meters at most).  I constantly looked back to make sure Nate didn't fall past this.  And then they overtook him.  Dammit...my fault for making that final mistake.

Nate summoned the fumes left in his tank.  Get to the Chopper and Nate traded places a few times.  Each guy was probably thinking, "stop coming back!"  Each guy, trying to force one ounce of gas go 40mpg at 100mph.  It was incredible, but nerve-racking to watch from ahead as I glanced back many times.

By the time we got sooo close to the end, I looked back, and a tiger unleashed out of Nate.  He gained a few feet of advantage over their last guy.  I screamed "YES!" in my mind--that was all that was needed!  Both teams stormed up to the front of the finish line tent, both teams ONE SECOND apart.  Canyoneros were on the fortunate end of that second!


the gates leading to the finish line 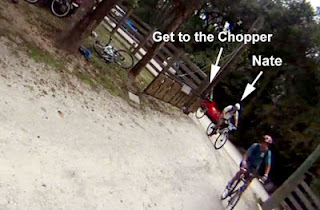 As the story was recapped later, Nate told me his heart almost exploded out of his chest--he had never biked so hard in his life.  I heard there was some Nascar jockeying for position.  We honestly really didn't mean any harm.


video of the final chase 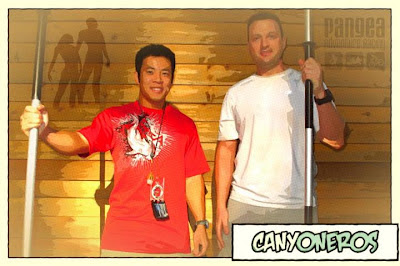