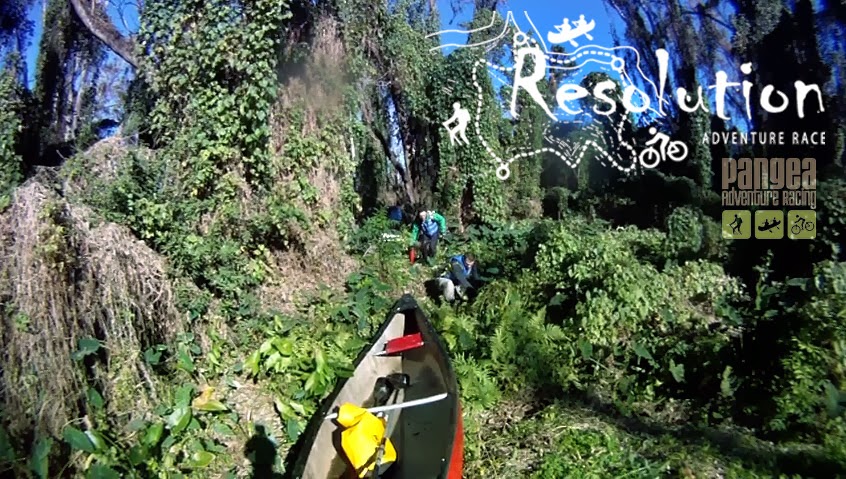 It almost never fails that the Resolution AR starts out with temperatures in the 30s or 40s F, and today was certainly no exception.  With the wet and wind chill, it did not feel like it went much higher during the day.  We raced around Lake Apopka Restoration Area, which I learned last night that it used to be one of the most booming fishing areas, but now has one of the most polluted lakes in FL due to some illegal pesticide disposals back in the 80s.  Efforts are being made to reverse this.

Foot 1
So onto the race.  Foot 1 was a warm-up section with two controls.  Tim was our speedy rabbit with the punch card.  We quickly came back and transitioned out onto bikes.  New for Nate and I were the use of clipped-in shoes, which improves efficiency, but adds a couple minutes to transition. 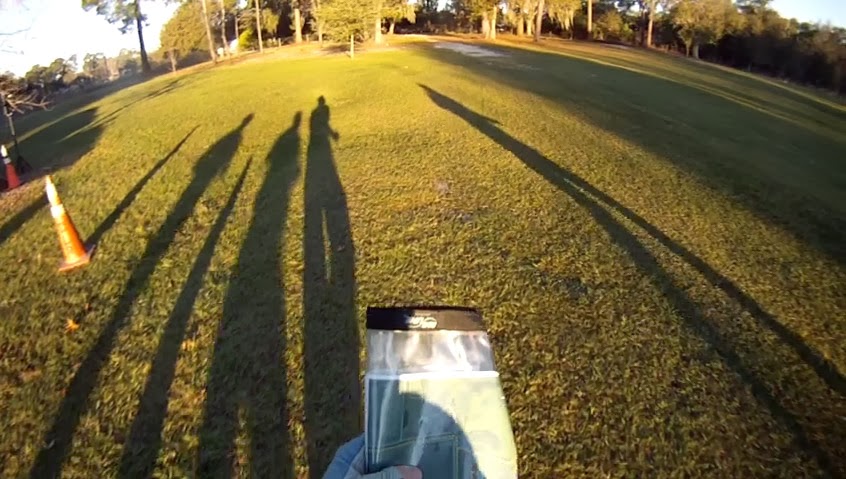 Bike 1
The map looked really basic.  Simple rectangular trails for the most part. 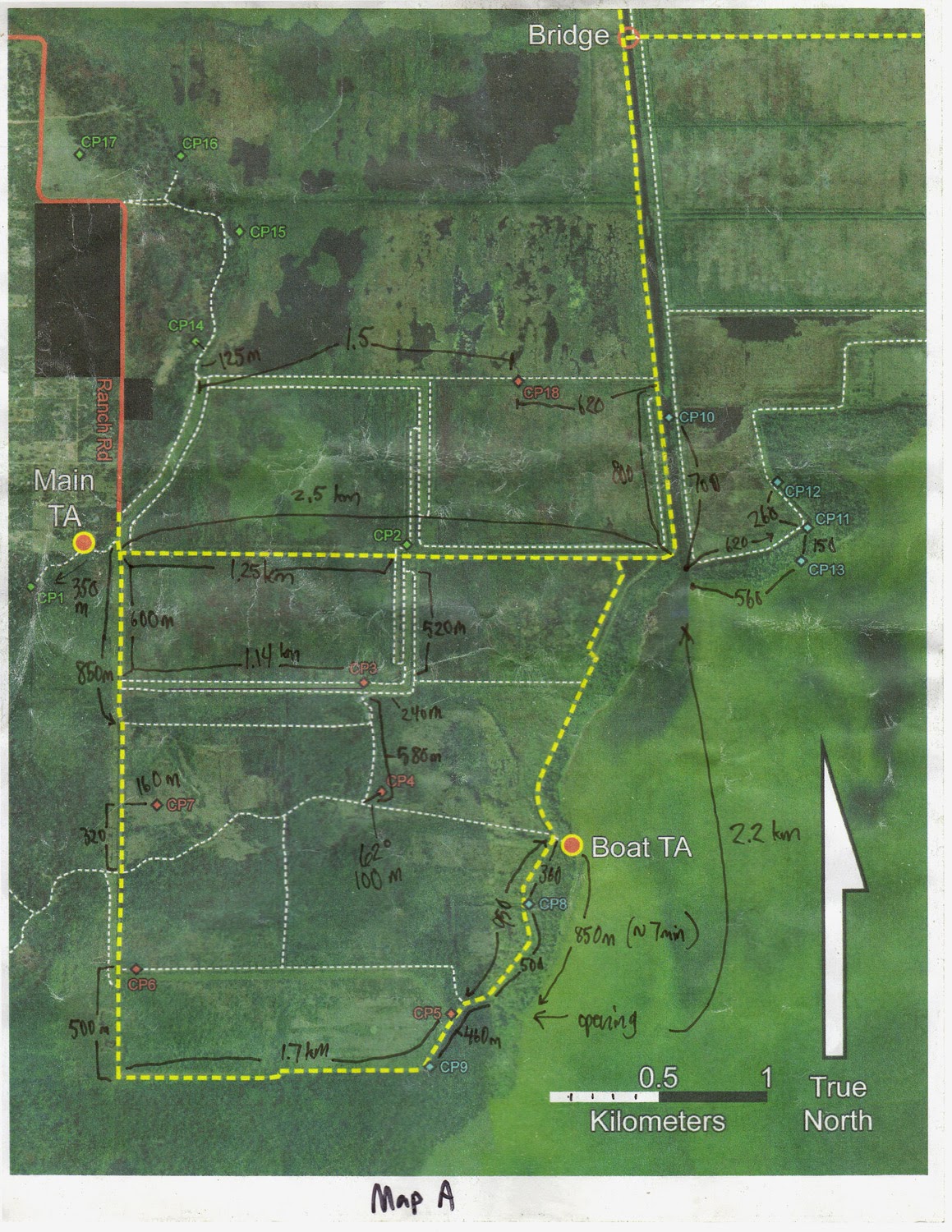 The tricky part was that they threw in some close parallel trails with a canal in between, and you really couldn't cross from one trail to another at any point you wanted to.  It made route choice important, almost maze-like.  We picked up CP3 and 4 heading towards the Boat TA.  It actually had us measuring a few route options before settling on the absolute shortest distance. 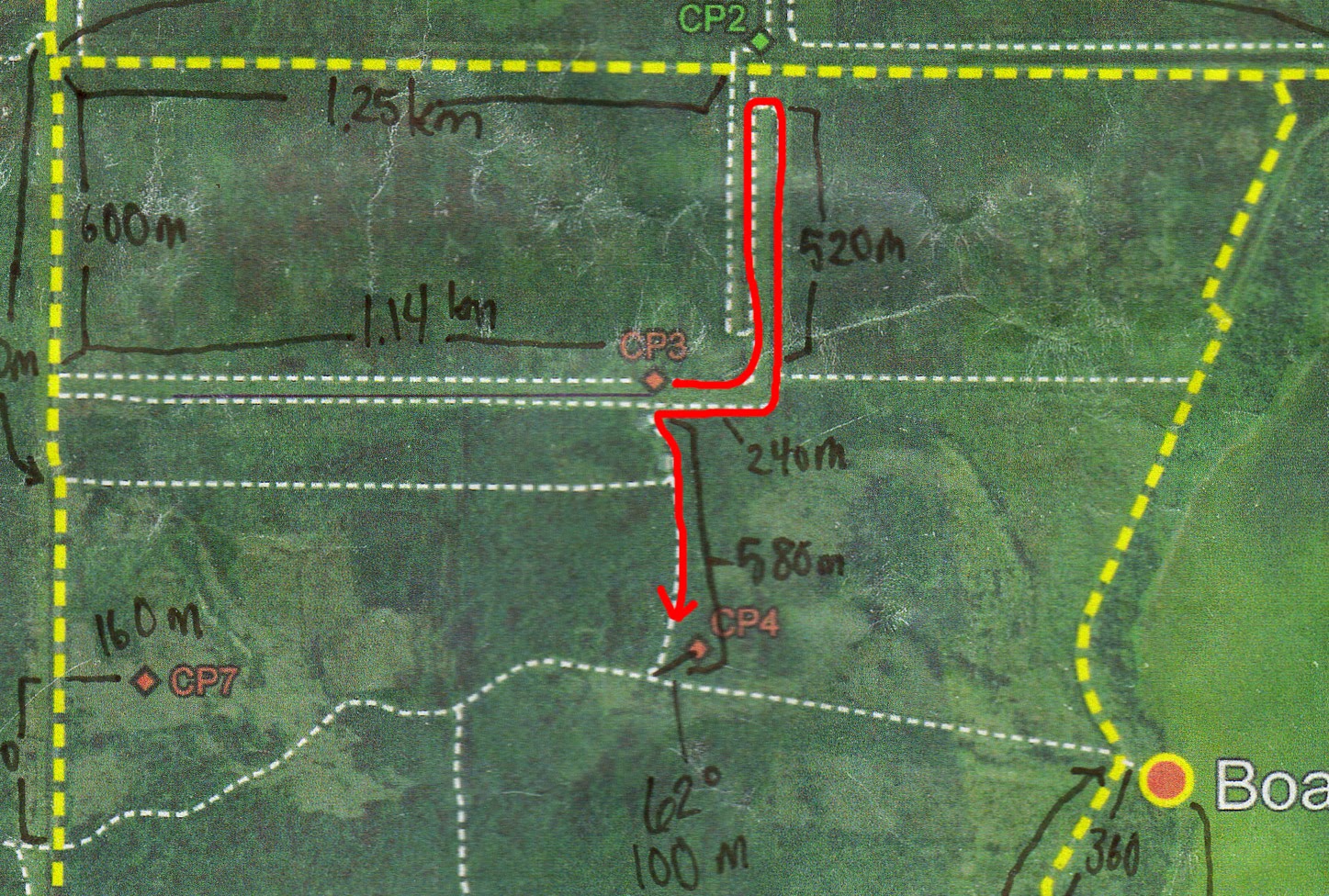 Boat TA
The start gave us a couple options in route choice here as well.  You could have portaged the boats on the yellow hard-packed trail to CP8, or simply paddle the longer distance to it. 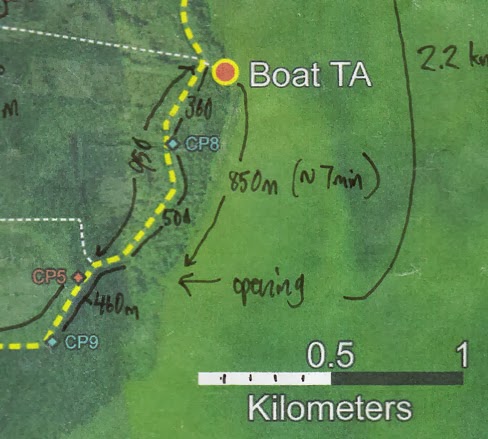 We chose to paddle down to make use of going with the wind.  Upon collecting CP9 and then 8, we changed our minds to portage back to the boat TA to re-launch the canoe up to CP10, 11, 12, and then 13. 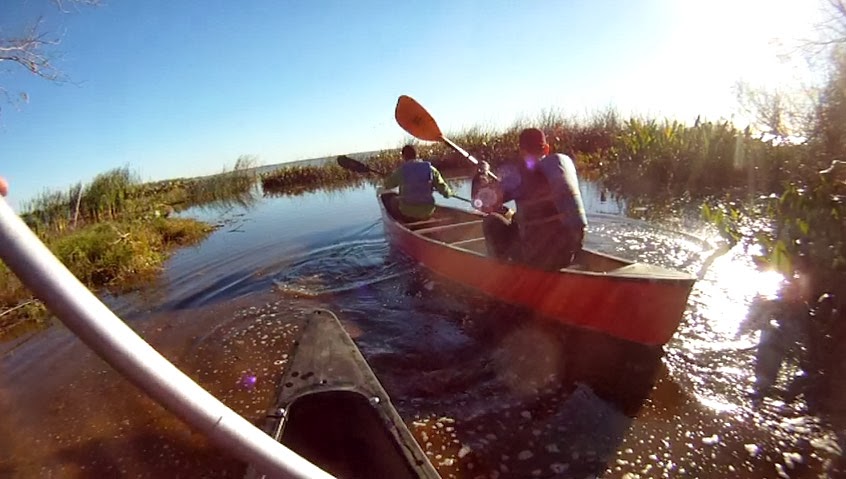 The winds were fierce going up to CP10, but not the worst we've experienced.  It tried to blow us east, but I think we did a great job keeping the line.  While approaching CP11, we took note of how clear the swamp forest was, in hopes of portaging our boats across land towards CP13.  Once we identified a workable entry, we grabbed CP12 and headed right back to the spot. 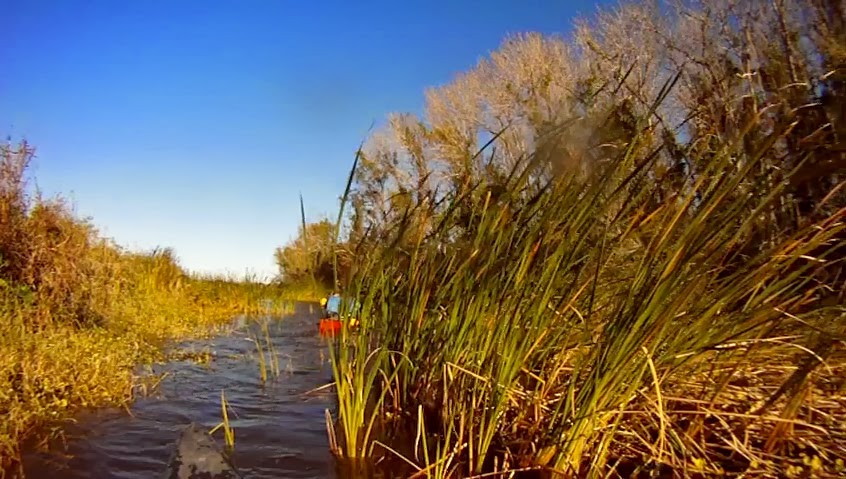 The bushwhack with canoe was quite an experience.  We pulled, carried, lifted, and pushed our canoes across 150m of lush swamp forest.  It's not quick going, but it beat the other option of staying on water and going the longer 1.3km route. 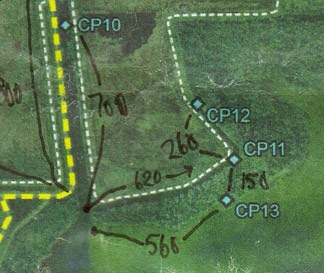 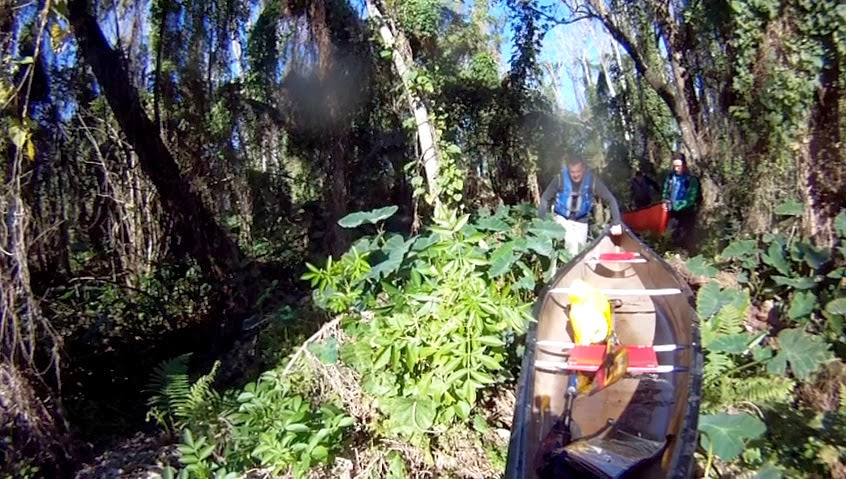 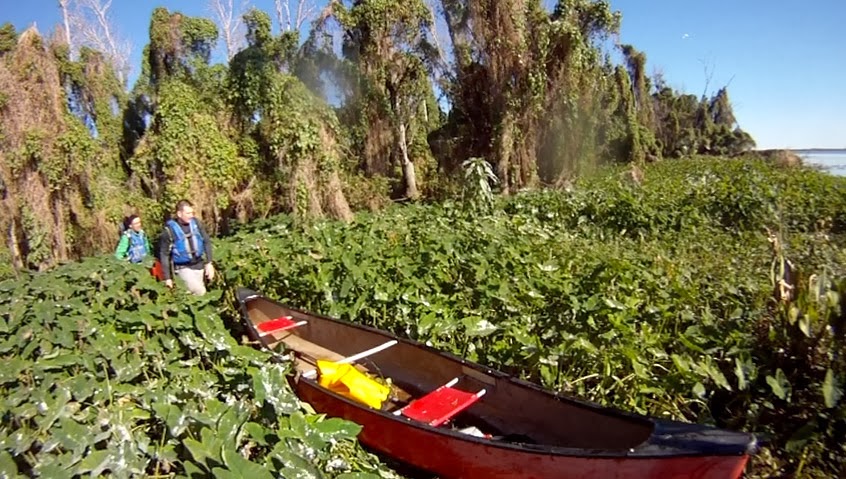 Bike 2
This leg consisted of picking up some controls enroute to the Main TA.  No drama here, as CP5, 6, and 7 were relatively straightforward. 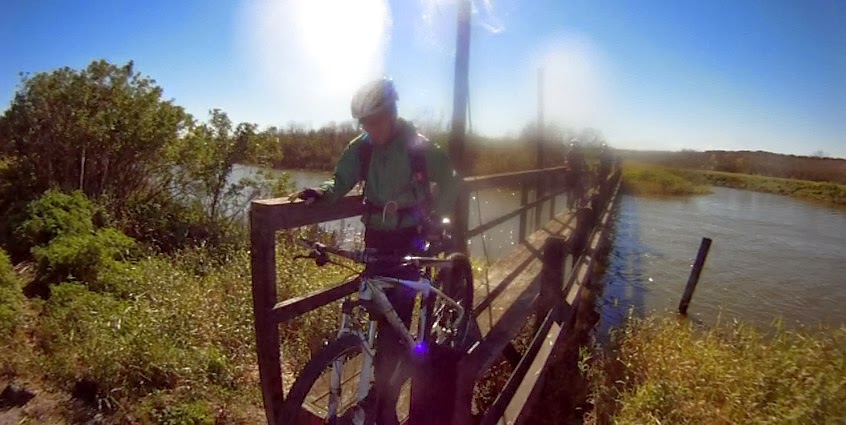 Foot 2
We gathered CP14, 15, 16, 17, and headed back the same way.  We thought we could bushwhack directly from 16 to 17, but the forest presented was too thick.  We chose a different attack point and it was much easier to identify the lone palm tree.  Lots of thorns there! 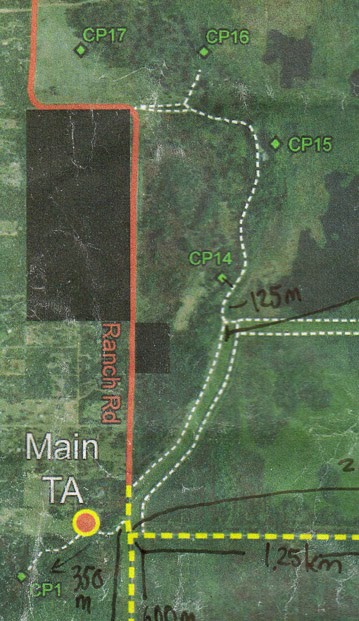 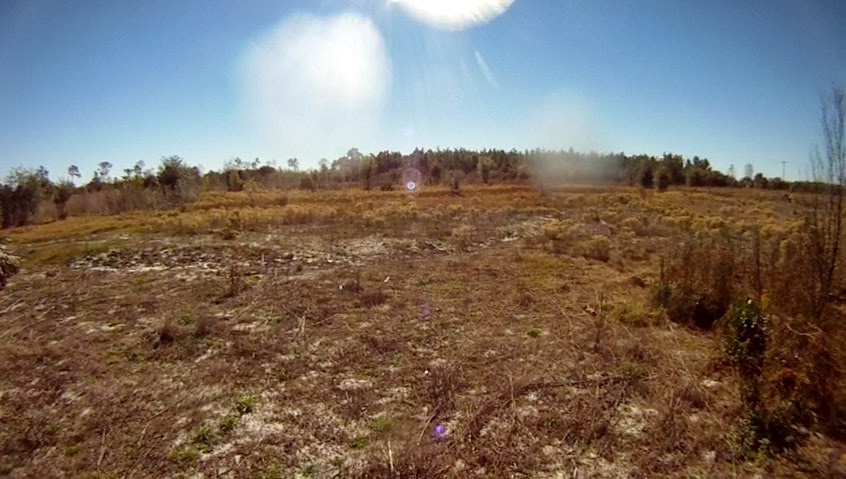 Bike 3
We gathered CP18 and 19 as we made our way to Keen Ranch TA to start the orienteering course.  Any time we had the option to stay on the yellow trails, as opposed to the white trails, we did.  It was hard-packed dirt road suitable for much faster biking, and hence approached CP18 from the east. 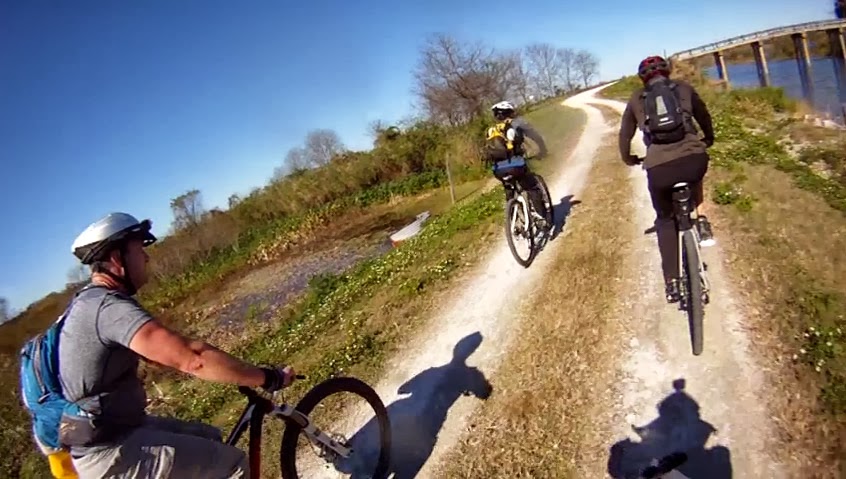 Orienteering Course
Everything seemed to be smooth sailing up to this point.  It was only a little after 4hrs in, and we had plenty of time left in this 8hr race.  With two sections left, we figured we'd blaze to the finish around 6 or 7hrs with the way things had been going.

Not so fast here.  This orienteering course made or broke teams.


provided O-course map as I recall it 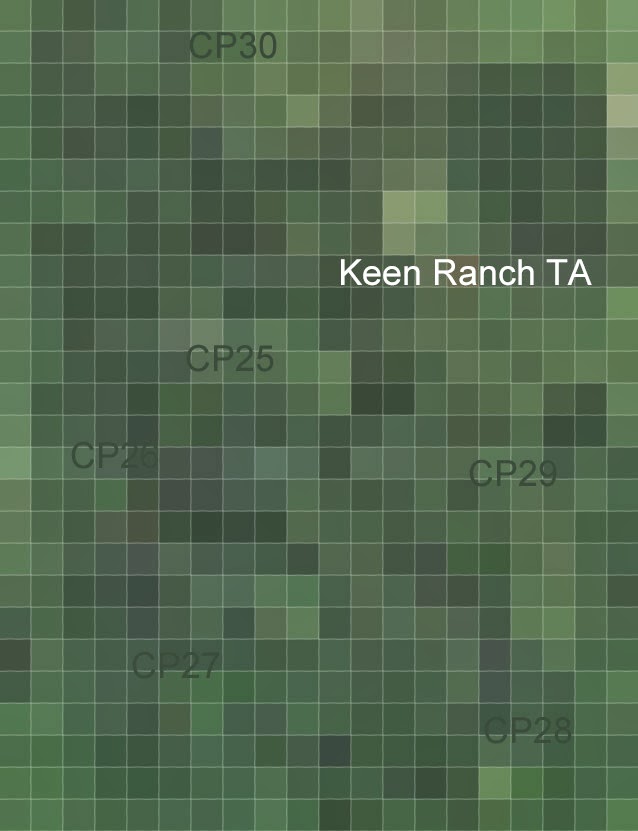 There wasn't much to go off of on the map in terms of trails, colors, or landmarks, besides some scattered clearings, or circular fields with not many tall trees.


Nate going down into the abyss 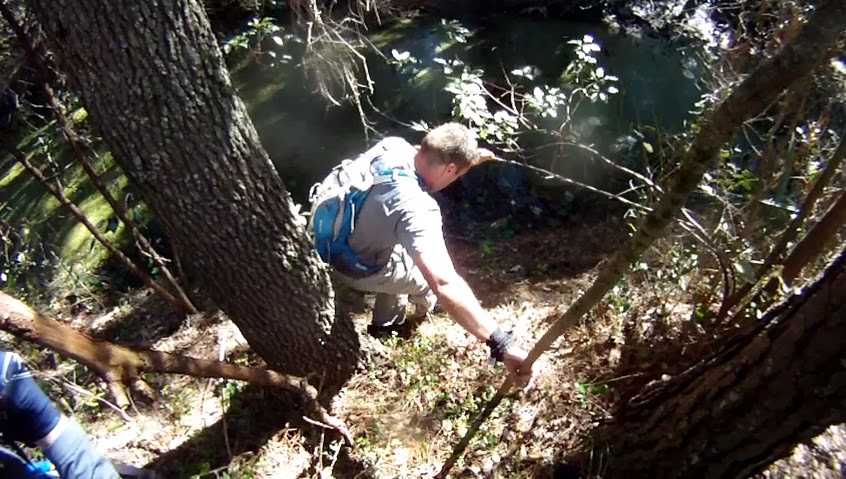 After punching CP29, we went and followed a trail not too far west from it, but it led us deep south.  Too far south, almost to the canal below it.  Luckily we ran into Craig Sheriff's team.  He was gracious enough to point us to where CP28 was.  He also told us of his experience of trying to gather the next CP27.  Seeing how covered in seeds he was, we decided to take a chance of doing his suggested route:

We gave it a try and instantly ran into private property at the bottom--fail.  The team then voted to get us back to the best known spot, the Keen Ranch TA again.  Wow, that was going to be a lot of distance.  So we jogged all the way back and ran the course in reverse.  The bushwhack from control to control was slow going!  Dense vegetation, clothes-clinging sharp thorns, vines, plumes of pollen, swamp, you name it, it was all there crammed together (watch video below in high quality).


From CP26, we got 27 and then headed back to the TA by following a series of clearings northeast and running into a trail that led us directly to it.

Bike 3 (continued)
With an hour and change left, Nate and the others meticulously calculated out how things were looking with regards to time with my estimated distances left. 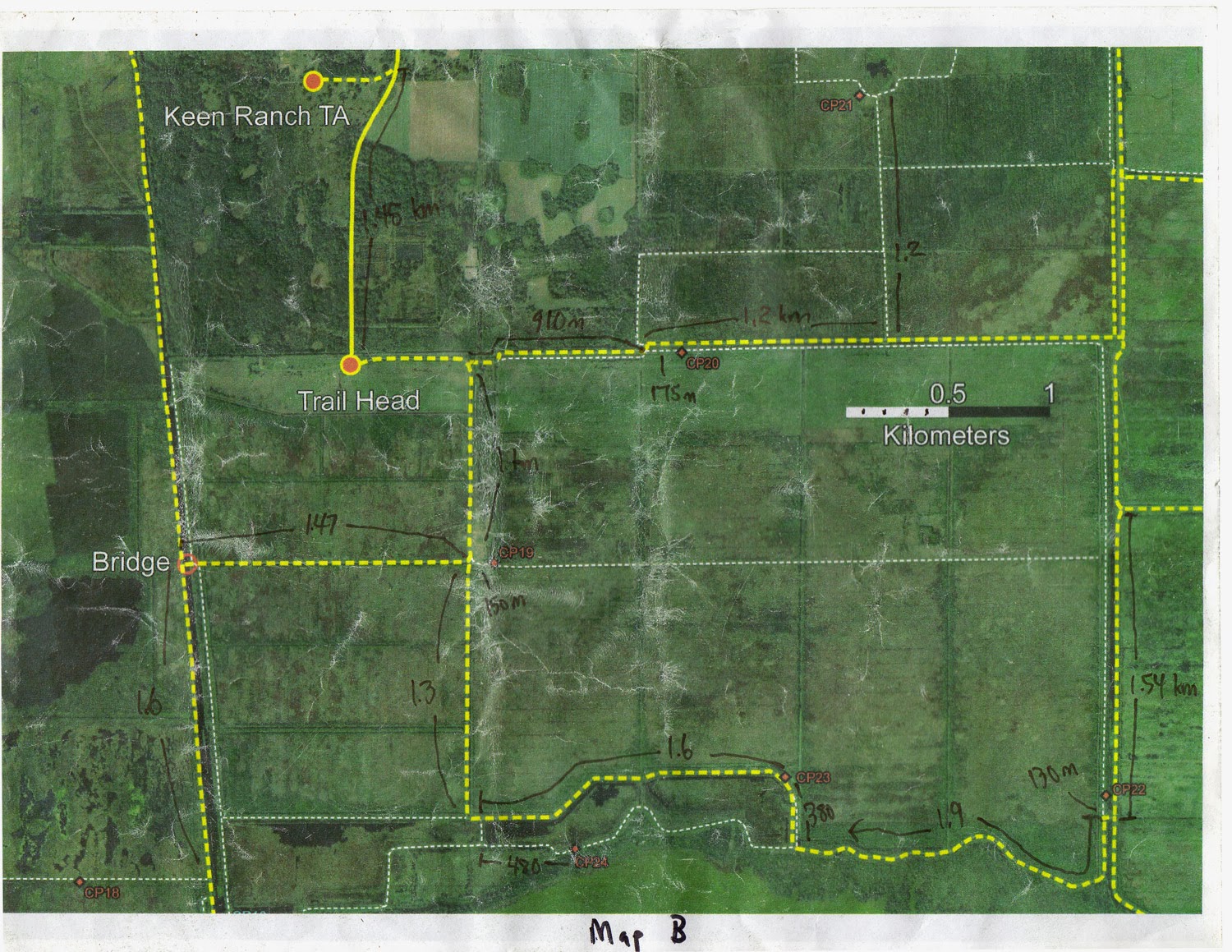 The rest of the CPs formed a giant clockwise loop, that once you started, it made sense to commit to the rest of them.  There was only one control at CP24 you could cut out, but calculations stated it only took 6 minutes to retrieve that.  We biked furiously on this leg, almost the entire time after CP21.  I don't know where the power and speed came from, but with time ticking, the entire team kicked into another gear we had not seen the whole race, and it was amazing. Once we arrived near CP22 and were suspected not to make it back on time, I made the call to just grab it.  We did, and it took 5½ minutes only.  We had cleared the entire course, which is always a satisfying achievement for us.  And as we continued furiously, it was apparent that we would be over the time limit, and that it would be pushing very close to the two-point penalty at the 10-min overtime mark. 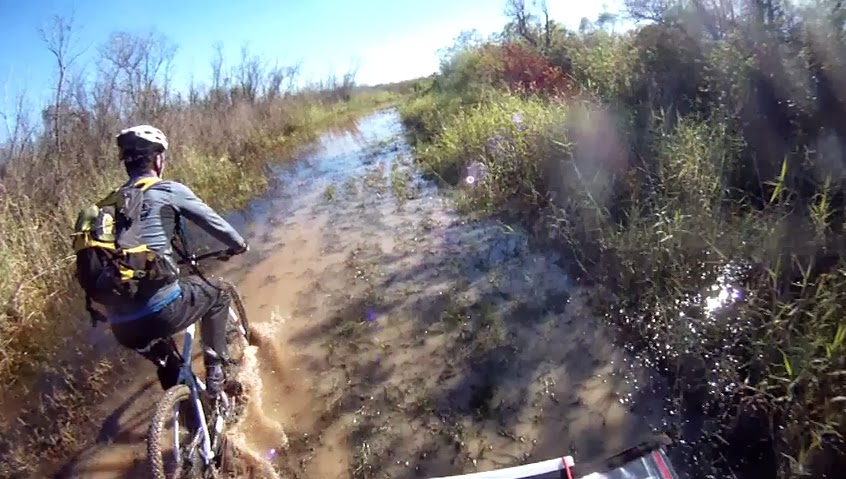 Luckily, we crossed the finish line just fast enough.  The race ended with us winning first all-male team!  Although we came in 8 minutes late, with a one point overtime penalty, our scoring was still high enough to rank us fourth overall.  Grabbing that last control ended up being a good call because even if we did not pick it up, we still would have come in late. 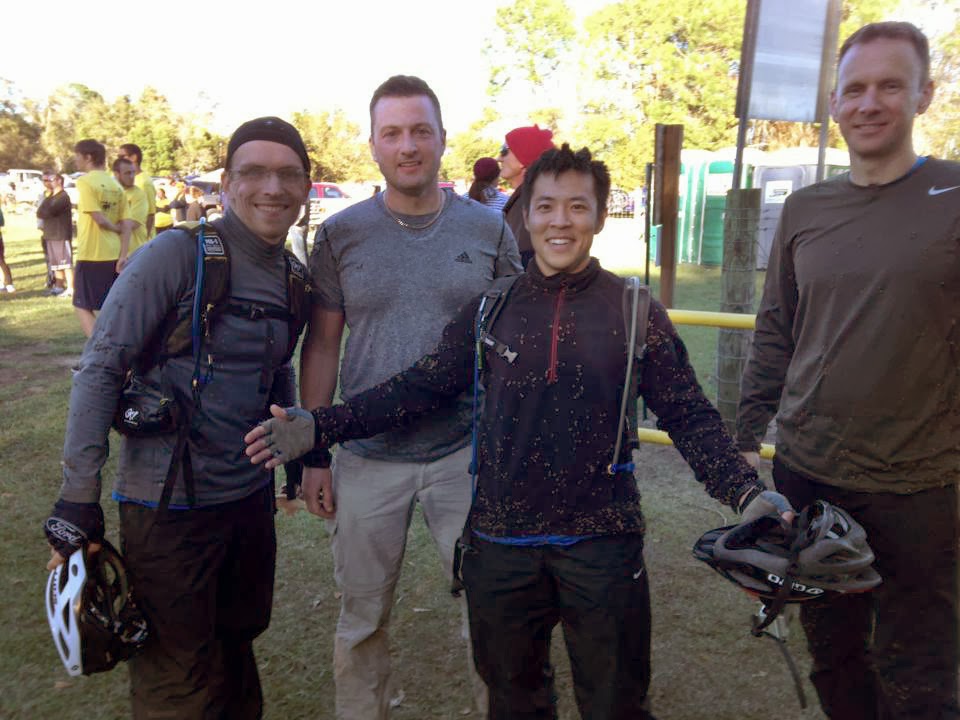