Canyoneros are wanting to have a strong 2013 year, so to keep training, we hit up legendary Gord Hunter.  He was extraordinarily nice enough to have come out of his way to Lake Louisa and given us the recent Bubba Goat maps to run.  Obviously, there would be no punches set out, but to see how accurate we were, he lent us his Garmin Forerunner 405 to confirm our route afterward. 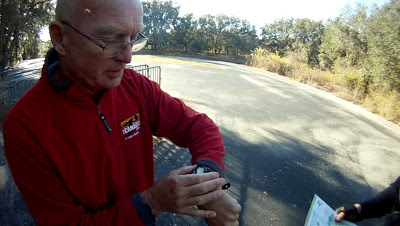 banana spiders are abundant in FL 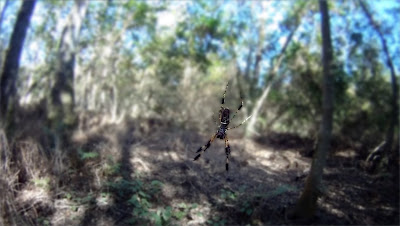 getting a second map and some racing tips from Gord 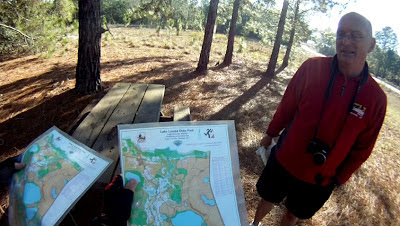 very straight trees in this forest 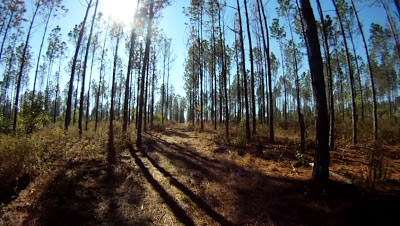 we tried to avoid these seeds by going to CP7 in the shortest bushwhack possible; we were still attacked 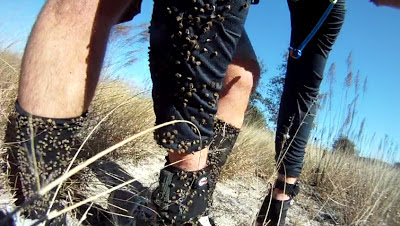 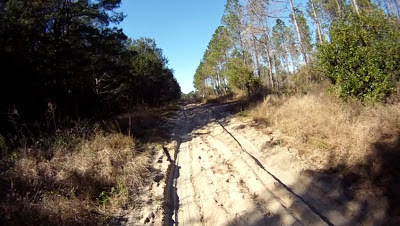 one of many lakes at Lake Louisa 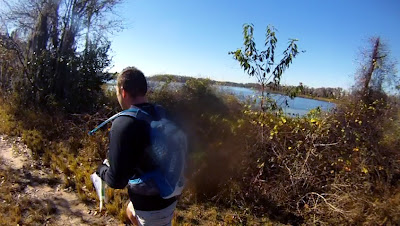 rummaging through a clean, open forest 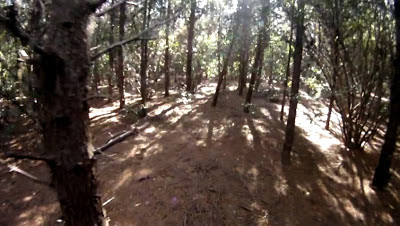 Halfway through the race, we were in a barren world resembling West Texas.  It was scattered with cactus patties.  We caught a few in the foot, but that didn't stop us from running :) 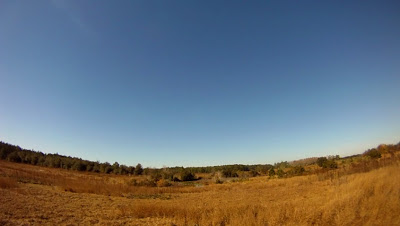 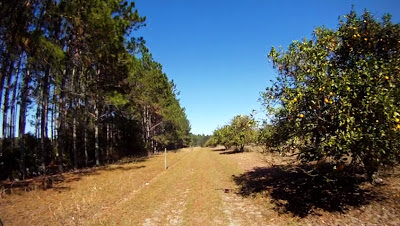 you can never avoid having to cut through these palmettos 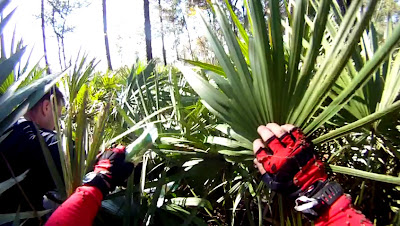 With the GPS route recorded, Gord overlayed our route onto the race map, showing us missing only one control point, CP3.  You can also see that as we headed to CP4, we made a correction by going a little bit north on the trail to the highest point in elevation, before following the bearing to again. 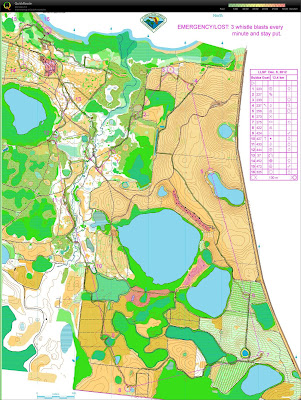 The route colors indicate the the speeds we achieved through different types of terrain.  This is very interesting information, seeing how a bushwhack through the orange "rough open land" is roughly 1/3 the speed of running on the trails.  That means we can afford to run up to three times the distance to get to the same point, at the same time.  We will definitely use this information for future races. 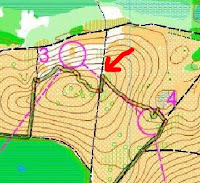 We skipped CP5, as part of allowed race format, since it seemed like a lot of bushwhacking.  However, on post-race review, we could have followed the red route here to minimize bushwhacking, even with attacking CP6. 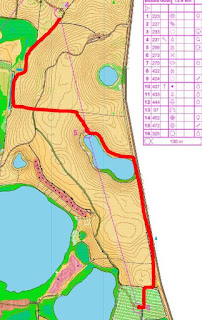 Thanks Gord!  We definitely picked up new racing knowledge.
Posted by Thoe99 at 5:06 PM