One of Wolverton's knees was flaring up on the super long bike ride to Fanning Springs.  We did as much as we could to help out, including a tow.  Heck, this is the most biking any of us have ever done in one event.  We would finish the race traveling 360km (223 miles) on bike alone!


Canoeing and Hallucinating on the Suwannee River

The evening started setting in again and nightfall made its way through.  At Fanning TA, we were treated to hot chocolate and hot dogs.  After days of eating gels and sport beans, this was top notch gourmet food.  Canyoneros II was hurting pretty badly now and pondered efficient ways to get back to Cedar Key.  We spent a good amount of time measuring distances of different options, and discussed whether to brave the the next 18 mile paddle with them.  It was either a 4hr paddle to potentially grab four controls or a ~2hr bike ride for no controls.  We ultimately decided on paddling. 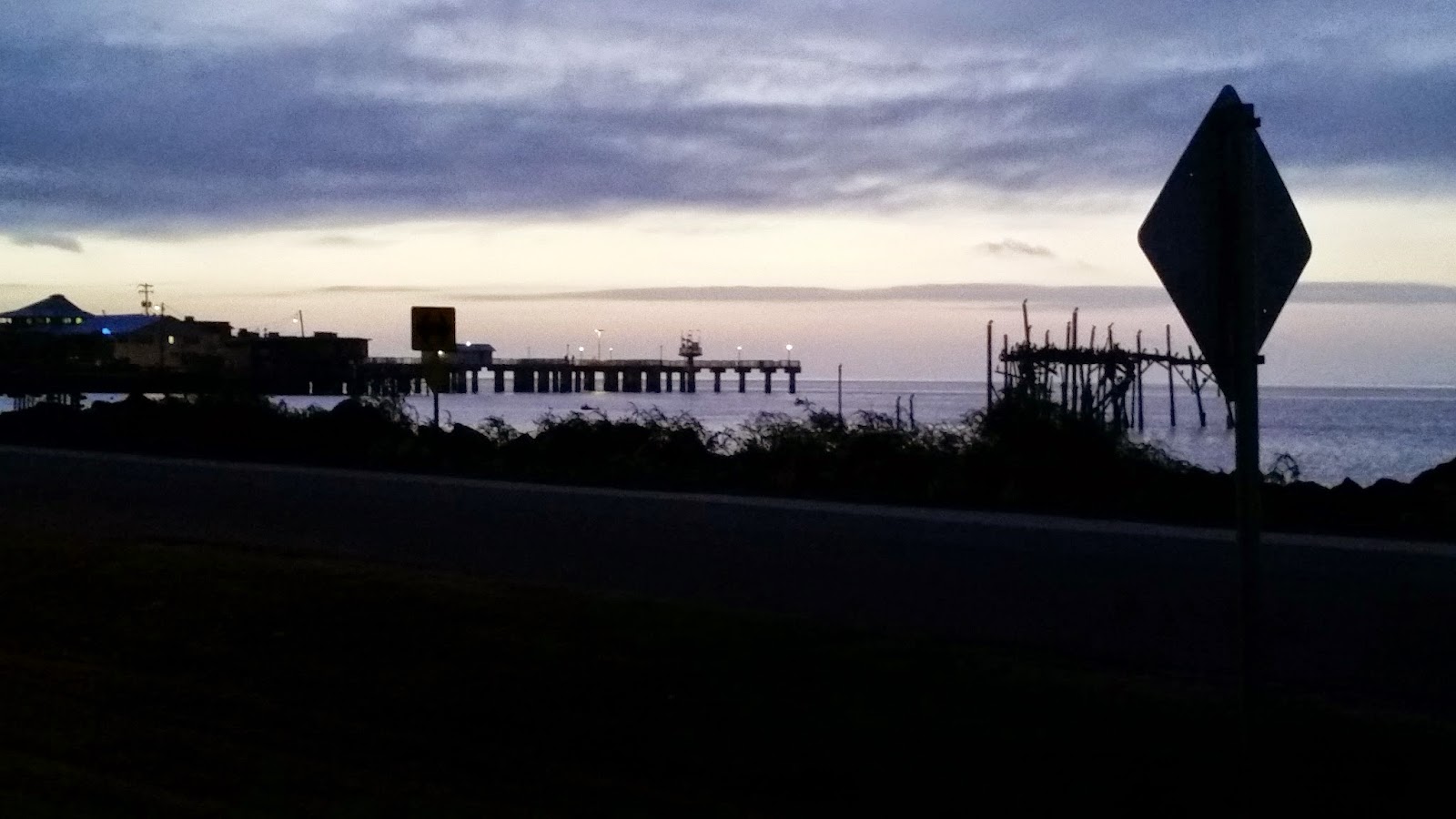 Somehow temperatures were once again forecasted to be in the low 40s for the night.  I had mistakenly miscalculated when we would receive gear bins again earlier in the day.  I had no jacket and had to borrow a headlamp from Tim.  We had no issues finding the first control upstream.  Downstream was fast, but the current fizzled out after a few miles.

During this entire race we had only had 2hrs of sleep, so Nate and I passed the monotonous paddling time by describing what we were hallucinating at the time.  We saw lots of people in these lake houses, hosting party after party.  We knew all of them couldn't have been partying, but at one point, one of the distant houses had people talking to us and we were holding a conversation with them.

Around river bends, the tree silhouettes turned into abominable snowmen holding freaked out cats.  Every now and then Nate would halt the entire canoe bracing for an impact that was not there.

After counting river bends and identifying a lit up disco ball that rhythmically spun circles in the forest, I found a good attack point to CP78, "Catfish Hotel".  "What are you talking about?" Nate wondered as he dug deep to try to figure out if I had lost it in the head.  There was a metal dock that I had Nate park our canoe for me to run up.  I ran all the way to the parking lot at the end of it, where there were more canoes.  I browsed the area and couldn't find any hint of a hotel building and returned with nothing.  Upon returning, I couldn't stop shivering.  Wolverton noticed and handed me an extra tshirt and a do-rag to put on--all the extra clothes he had left.  (After reviewing Google maps post race, apparently "catfish hotel" is the name of a pond).

With the failed attempt at finding a "catfish hotel", we continued down the river and tried to find the next two boat ramps that hosted two more control points.  I don't think we went down the flooded trail far enough at "Usher's boat ramp" to locate the CP.  Now everyone was starting to experience pre-hypothermic symptoms.  Unmotivated, we didn't spend too much time trying to find the two boat ramp controls here.  Time was against us and all we wanted to do was get to the next TA in hopes they had a campfire.  We spent the next 15km paddling non-stop in an attempt to keep moving and generating heat.  It was as though the team mood quickly shifted to throwing in the towel--no one spoke for the rest of the paddle.

Ultimately, we made it to Fowler's Bluff TA and there was indeed a campfire!  We nearly jumped into the fire itself.  The thawing legs and arms felt so nice!  And gear bins!  We were able to get fresh new clothes and jackets!  Giving up was out of the question again :)  As much as we fought the the urge to go against our goals, it was very difficult when true survival mode kicks in.

Our two EA teams parted ways for the final time at this transition area.  One needed more rest and recovery and the other was ready to get it over with.

We had a huge bike orienteering section up next.  It was described as fast biking and it sure started that way.  The first control was quick and easy, but then we made failed attempts at the next three.  However, I believe we were right on top of the control, but just couldn't see it in the night very well.  Nate and I were getting extraordinarily sleepy.  After this many failed attempts in a row, in the dark, we bailed straight to the next transition area, Scrub TA, where we decided to gather the best-bang-for-buck, final CPs to end the race.  Two legs of race left, one on bike that had us traveling through the entire city of Cedar Key, and another canoe leg that had us paddling out to a historic island right off the key.  With the end in near, Nate and I turned on beast mode and left speed trails behind us.  It was surprising to see that we had averaged our fastest biking speeds on the 3rd day.  Also worthy to note was that our ass chafing had gotten so bad on days 1 and 2, but somehow the body adapted and it did not feel so bad on day 3.  Don't ask me how?


The View at Cedar Key was Breath-Taking!

By coincidence, we had hit Cedar Key right when the sun rose.  What we saw blew our minds away!  We were brought back in time when explorers tapped into the primitive lands that Florida offered and saw the natural beauty that surrounded it. 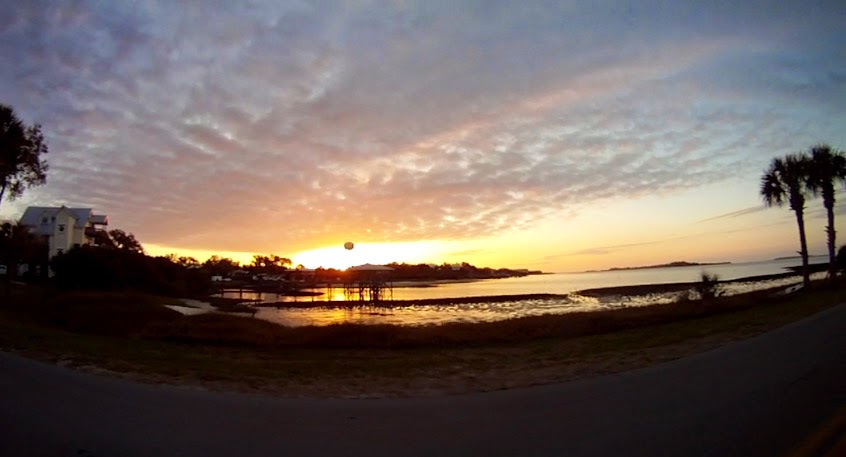 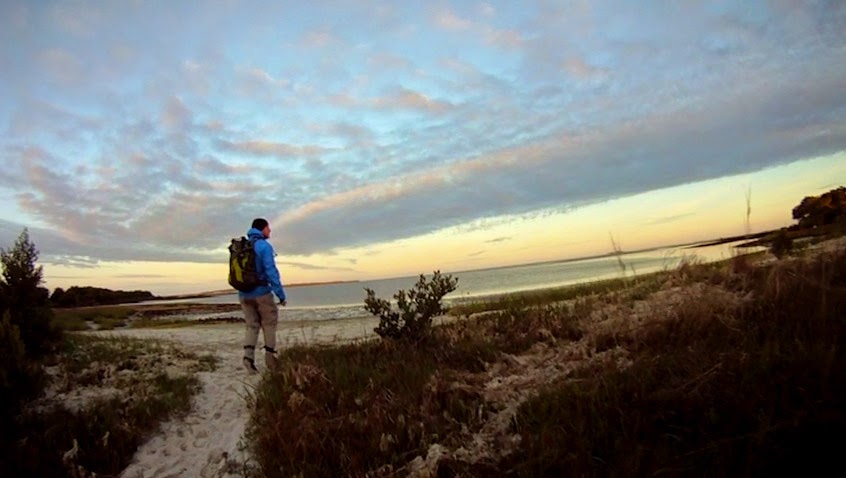 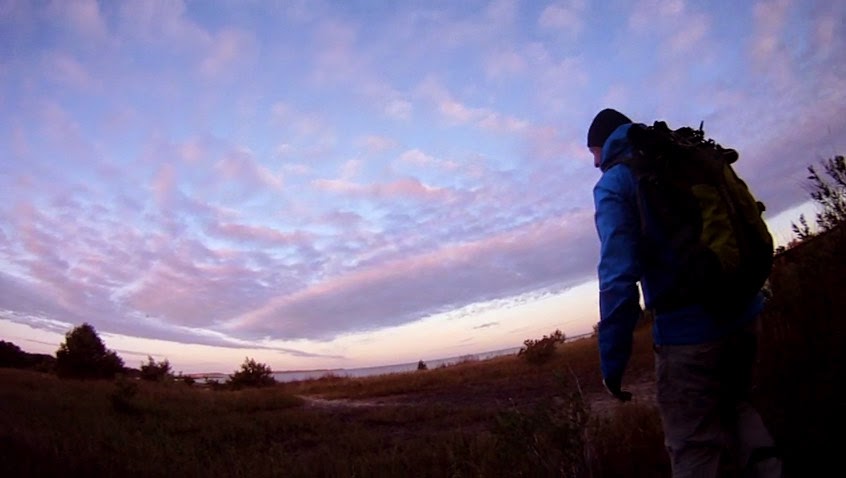 the race ends on the Gulf of Mexico 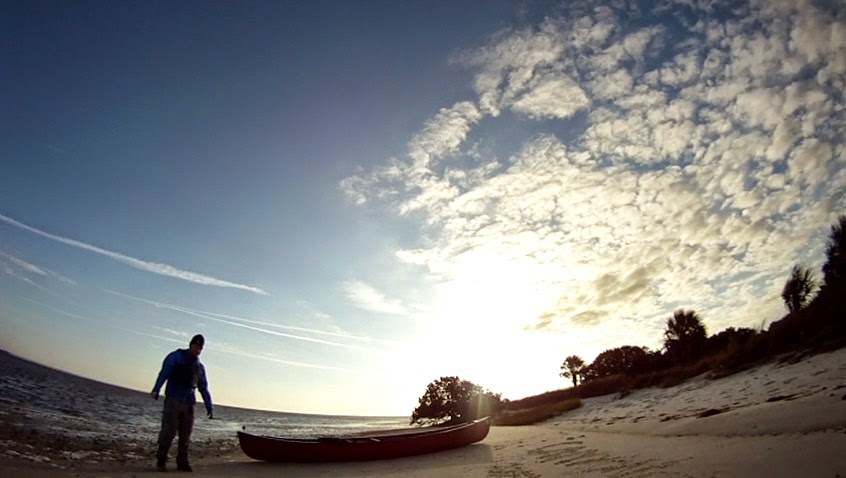 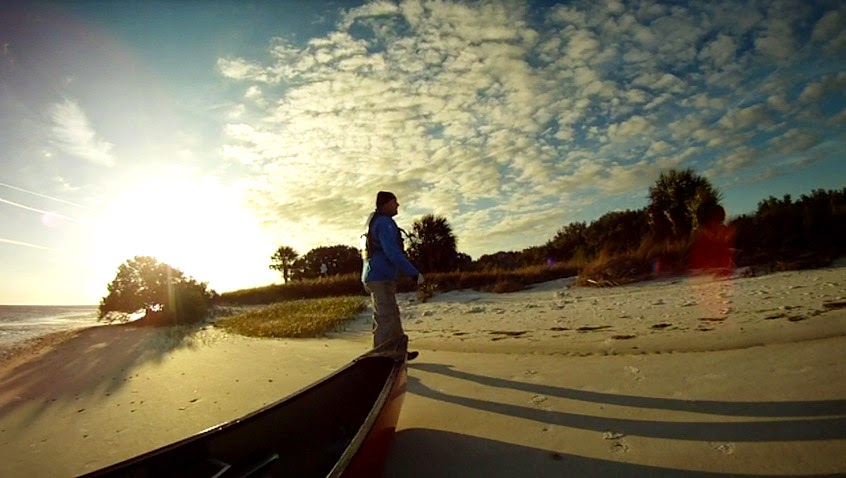 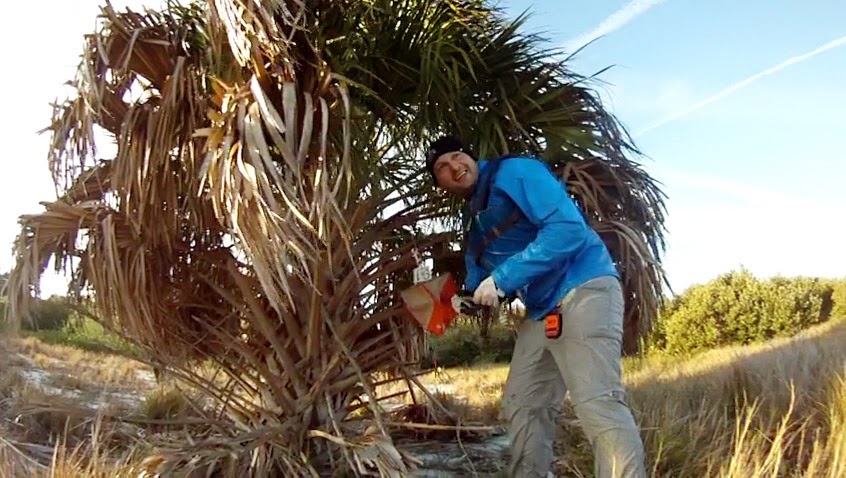 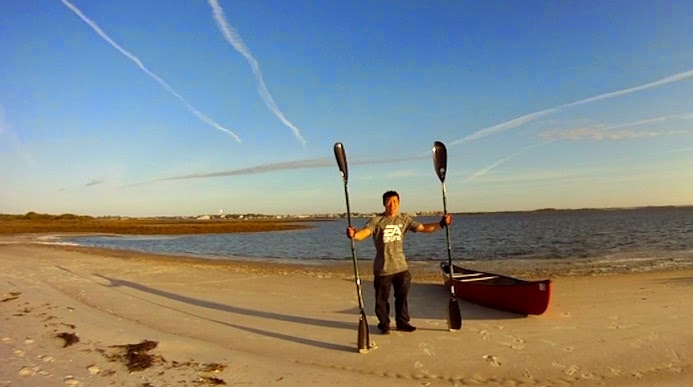 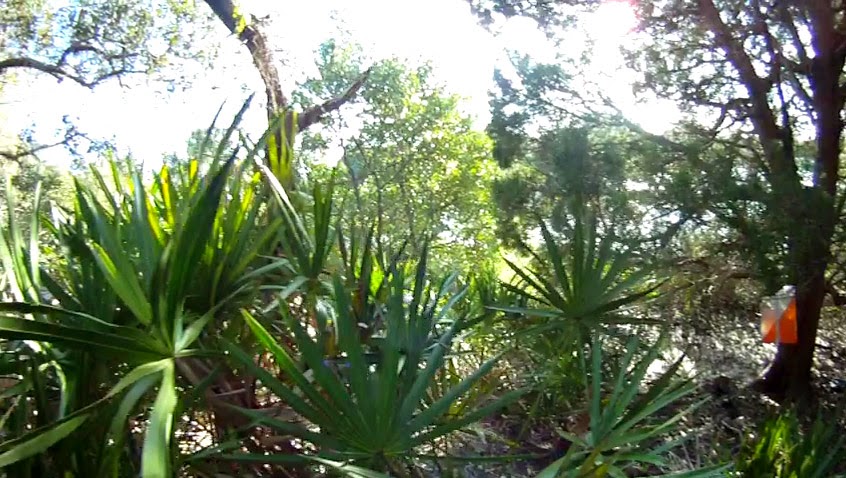 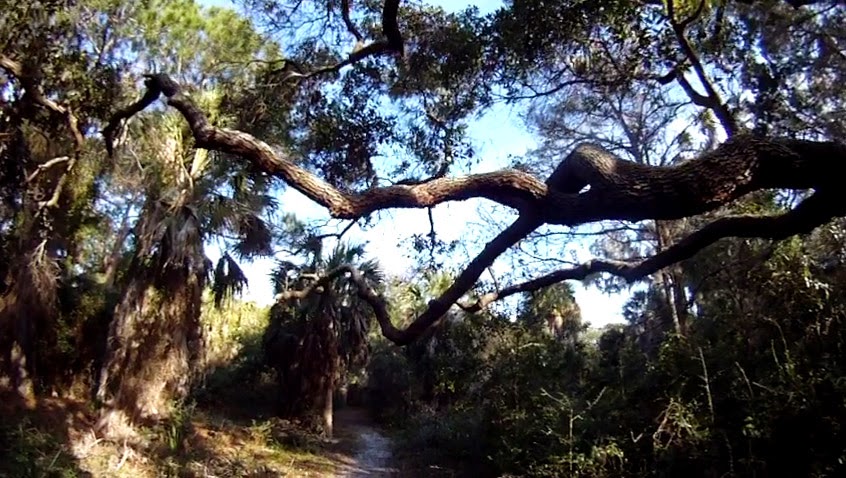 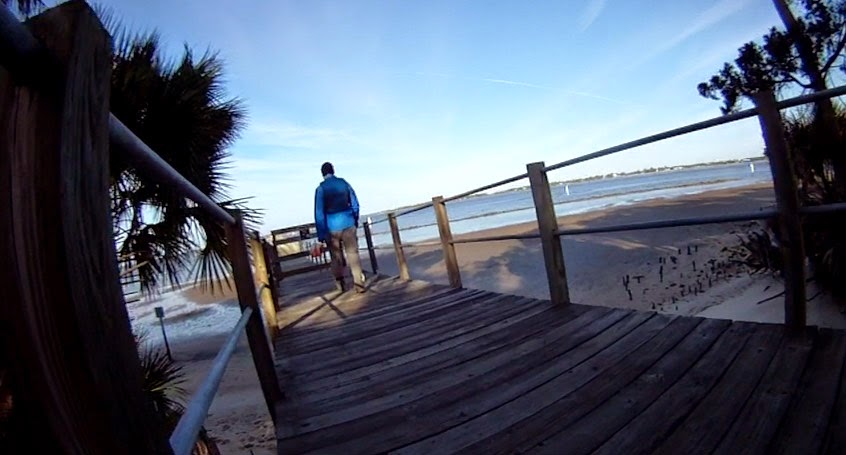 Tim and Wolverton made their way back to Cedar Key not too long after we did, collecting a couple bike controls and the city CPs along the way, and we met up again.  It was great to see us all cross the finish line on our own power.  We had experienced so much, in so little and so great of time.  You couldn't have asked for a better adventure with the undeniable highs and bittersweet lows that accompanied the race.  And thus the mighty and epic 72hr journey ended.

Through this Sea to Sea AR, we have also raised awareness and $3400 for the Wounded Warriors Project to help injured soldiers who have served the US military. 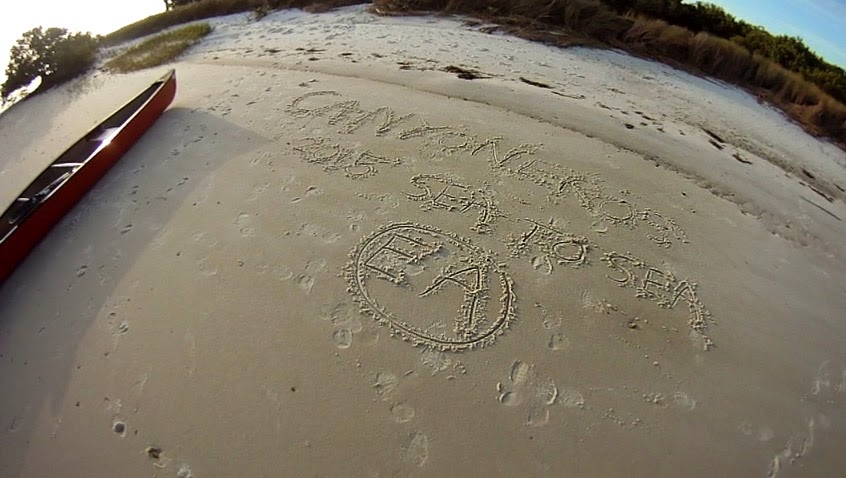 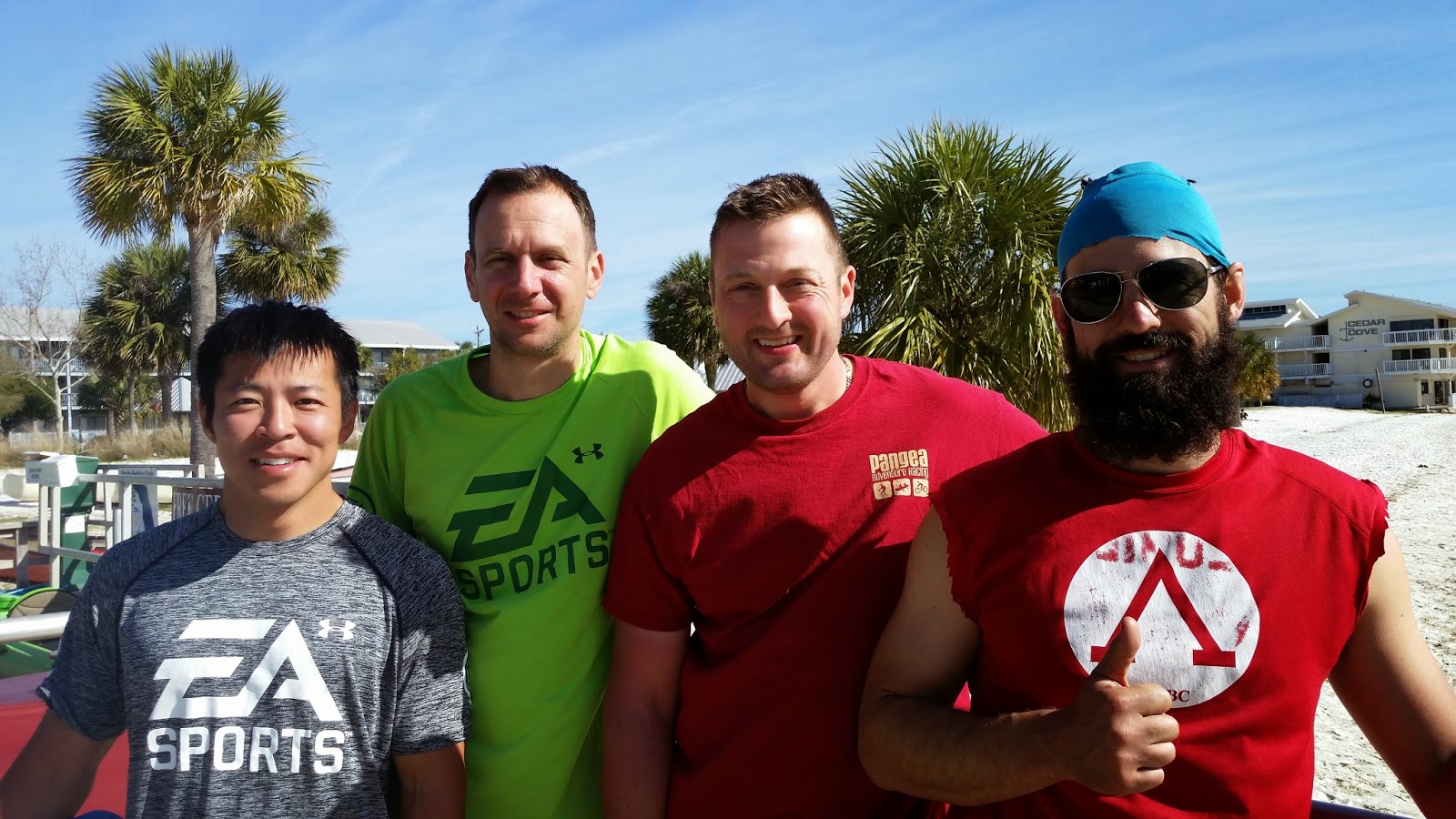